World will see exemplary prowess of our space scientists: PM Narendra Modi on landing of ISRO Chandrayaan-2's Vikram on Moon

India's second lunar expedition in the South Polar region is scheduled to powered descent between 1 am to 2 am (IST) on Saturday, followed by the touch down of Lander between 1.30 am to 2.30 am (IST). 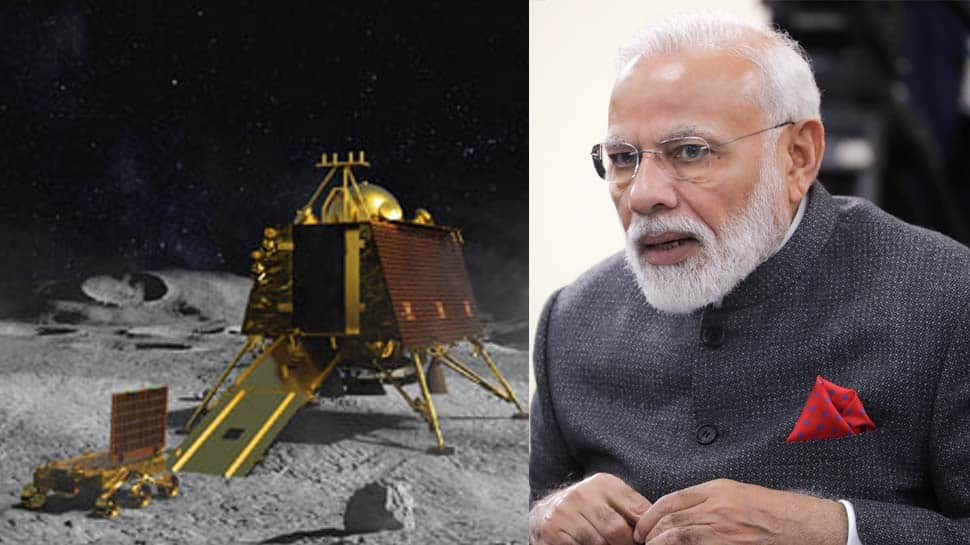 Ahead of the crucial soft landing of Vikram, the moon lander of Chandrayaan-2, Prime Minister Narendra Modi on Friday expressed his enthusiasm on the historic event and urged the people to "see the exemplary prowess of our space scientists". India's lunar expedition in the South Polar region is scheduled to powered descent between 1 am to 2 am (IST) on Saturday, followed by the touch down of Lander between 1.30 am to 2.30 am (IST).

The required orbit for the Vikram Lander to commence its descent towards the surface of the Moon has been achieved. The landing of Vikram lander will be followed by the 'Pragyan' Rover roll out, from inside it, between 5.30 am to 6.30 am. ISRO chairman Dr K Sivan is also scheduled to address a press conference between 8.00 am to 9.00 am.

Taking to Twitter, PM Modi spoke on the "extraordinary moment in the history of India’s space programme", conveying his excitement on being at the ISRO Centre in Bengaluru, Karnataka, to witness the live event.

"The moment 130 crore Indians were enthusiastically waiting for is here! In a few hours from now, the final descent of Chandrayaan - 2 will take place on the Lunar South Pole. India, and the rest of the world will yet again see the exemplary prowess of our space scientists," tweeted PM Modi.

PM Modi will arrive in Bengaluru on Friday and will view the landing at the ISRO Telemetry, Tracking and Command Network (ISTRAC) near Peenya. Nearly 60- 70 students from across the nation will witness the event with PM Modi.

"I am extremely excited to be at the ISRO Centre in Bengaluru to witness the extraordinary moment in the history of India’s space programme. Youngsters from different states will also be present to watch those special moments! There would also be youngsters from Bhutan. The youngsters with whom I will watch the special moments from the ISRO Centre in Bengaluru are those bright minds who won the ISRO Space Quiz on MyGov. The large scale participation in this Quiz showcases the interest of the youth in science and space. This is a great sign!" read his other tweets.

He also asserted that he has been regularly and enthusiastically tracking all updates relating to Chandrayaan-2 since its launch on July 22. Lauding the minds behind this mission, PM Modi said that this mission manifests the best of Indian talent and spirit of tenacity.

The PM also asked the people to share their photos on social media, adding that he will re-tweet some of them.

"I have been regularly and enthusiastically tracking all updates relating to Chandrayaan - 2 since it was launched on 22nd July 2019. This Mission manifests the best of Indian talent and spirit of tenacity. Its success will benefit the crores of Indians. I urge you all to watch the special moments of Chandrayaan - 2 descending on to the Lunar South Pole! Do share your photos on social media. I will re-tweet some of them too," added PM Modi.