The last thing one would ever expect to come across on opening an old library book is a lock of hair - especially one belonging to the first President of the United States of America. 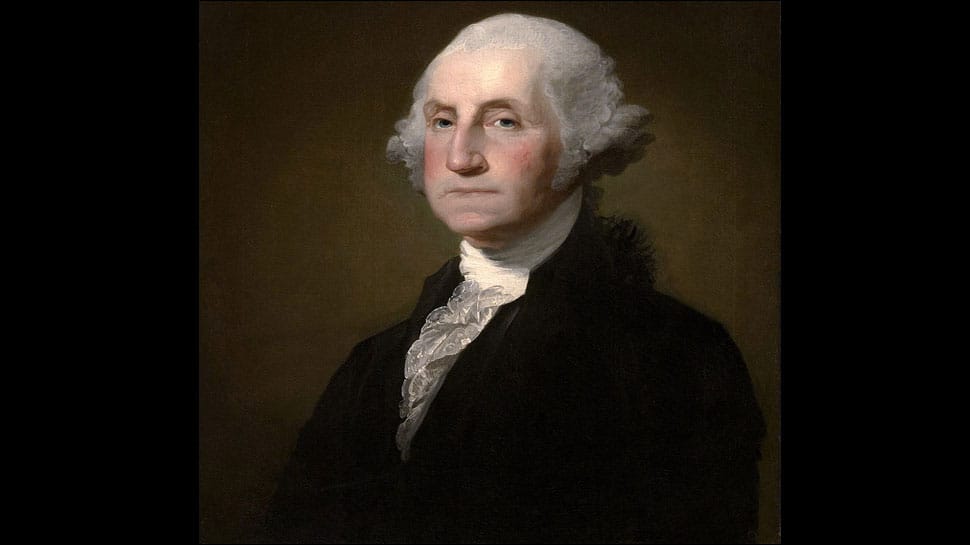 New Delhi: The last thing one would ever expect to come across on opening an old library book is a lock of hair - especially one belonging to the first President of the United States of America.

Yes, you read that right! Experts stumbled upon a lock of hair belonging to George Washington inside a long-forgotten book during an ongoing inventory of archival collections of the Schaffer Library at the Union College in the US.

“This is a very significant treasure. It’s a tremendous testament to history and our connection to some of the most important historical figures,” said India Spartz, head of Special Collections and Archives at the library.

While surveying some of the oldest books and records, Daniel Michelson, a historical records project archivist, spotted on a shelf a compact, leather book, “Gaines Universal Register or American and British Kalendar for the year 1793.”

The popular almanac, which includes population estimates for the American colonies and comparisons of various coins and currencies, is believed to have belonged to Philip J Schuyler, the son of General Philip Schuyler, one of the founders of the Union College.

The eldest Schuyler was also a close friend and supporter of Washington, served under him during the Revolutionary War, and later became a US senator from Albany.

Examination of the almanac by John Myers, catalogue and metadata librarian, uncovered a slender yellowed envelope tucked inside.

The envelope contained several strands of gray or whitening hair, neatly tied together by a single thread.

The envelope also has an 1804 letter to the younger Schuyler.

A grandson of General Schuyler, James Alexander Hamilton was the third son of Alexander and Eliza Schuyler Hamilton.

Alexander Hamilton served as a lieutenant colonel in the Revolutionary War under Washington and later joined his cabinet as the first secretary of the Treasury when Washington was elected the first US president.

According to Ron Chernow’s Pulitzer Prize-winning biography of Hamilton, George and Martha Washington were close to the much younger Alexander and Eliza. Washington died in 1799.

“In an era when people frequently exchanged hair as a keepsake, it's quite probable that Martha had given Eliza some of George's hair, which in turn was given to their son, James, who later distributed it, strand by strand, as a precious memento to close friends and family members,” said Susan Holloway Scott, an independent scholar.

A lack of documentation on clear custody of the material found in Union’s archives or DNA testing makes it difficult to verify that the strands of hair are Washington’s.

“Without DNA, you’re never positive, but I believe it’s 100 percent authentic,” said John Reznikoff, a prominent manuscripts and documents dealer in the US.

“It’s not hugely valuable, maybe two to three thousand dollars for the strands you have, but it’s undoubtedly George Washington’s,” said Reznikoff who is listed in the Guinness Book of World Records for the “Largest Collection of Hair from Historical Figures.”

George Washington served as the first President of the United States from 1789 to 1797 and was one of the Founding Fathers of the country. He is popularly considered the driving force behind the nation's establishment and came to be known as the "father of the country," both during his lifetime and to this day.