The spacecraft completed commissioning just in time for its first close solar pass on June 15. 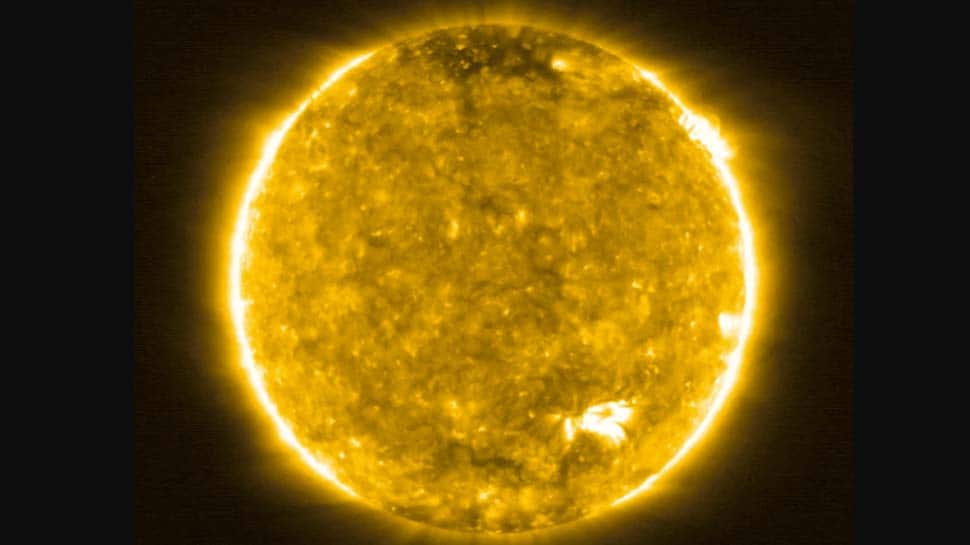 As it flew within 48 million miles of the Sun, all 10 instruments flicked on, and Solar Orbiter snapped the closest pictures of the Sun to date. Solar Orbiter carries six imaging instruments, each of which studies a different aspect of the Sun. Normally, the first images from a spacecraft confirm the instruments are working; scientists don’t expect new discoveries from them. But the Extreme Ultraviolet Imager, or EUI, on Solar Orbiter, returned data hinting at solar features never observed in such detail.

Principal investigator David Berghmans, an astrophysicist at the Royal Observatory of Belgium in Brussels, points out what he calls “campfires” dotting the Sun in EUI’s images. “The campfires we are talking about here are the little nephews of solar flares, at least a million, perhaps a billion times smaller. When looking at the new high-resolution EUI images, they are literally everywhere we look,” Berghmans said. 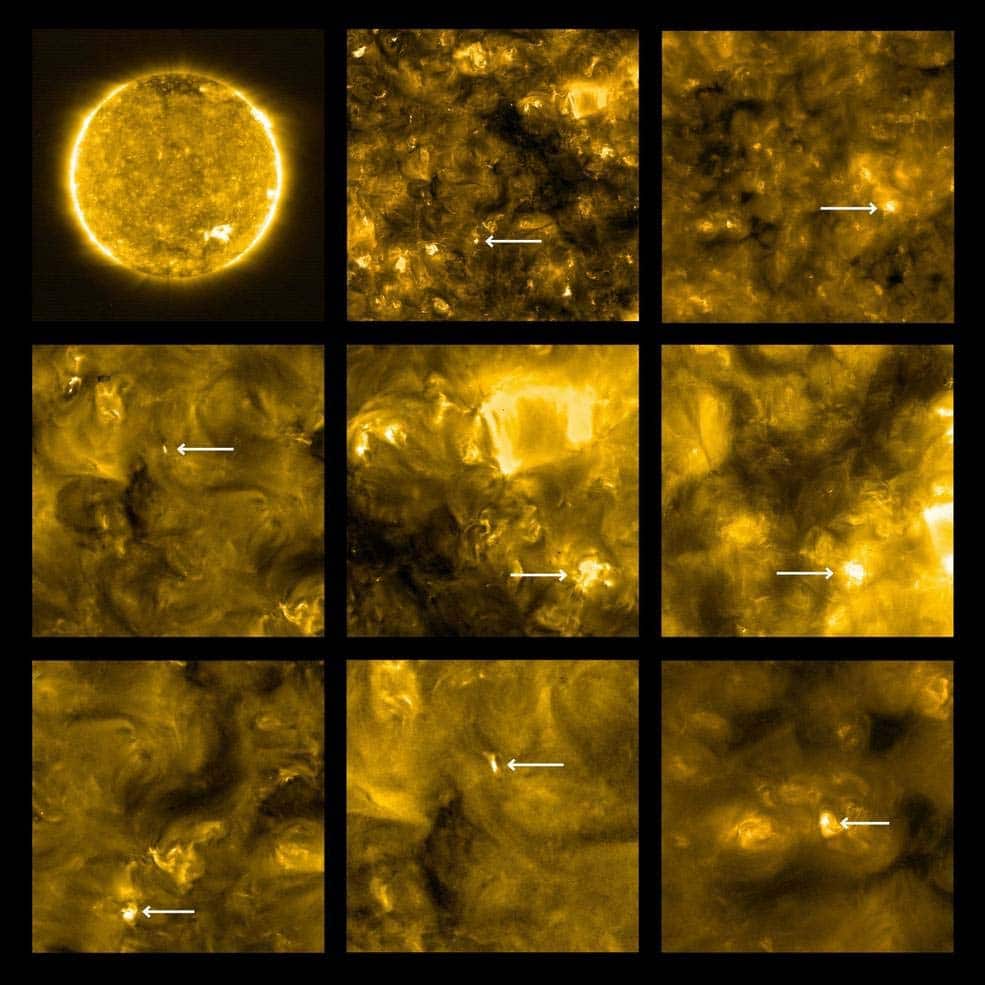 It’s not yet clear what these campfires are or how they correspond to solar brightenings observed by other spacecraft. But it’s possible they are mini-explosions known as nanoflares-tiny but ubiquitous sparks theorized to help heat the Sun's outer atmosphere or corona, to its temperature 300 times hotter than the solar surface.

To know for sure, scientists need a more precise measurement of the campfires' temperature. Fortunately, the Spectral Imaging of the Coronal Environment, or SPICE instrument, also on Solar Orbiter, does just that. “So we're eagerly awaiting our next data set. The hope is to detect nanoflares for sure and to quantify their role in coronal heating,” said Frédéric Auchère, principal investigator for SPICE operations at the Institute for Space Astrophysics in Orsay, France.

Holly Gilbert, NASA project scientist for the mission at NASA's Goddard Space Flight Center in Greenbelt, Maryland said, “These unprecedented pictures of the Sun are the closest we have ever obtained. These amazing images will help scientists piece together the Sun’s atmospheric layers, which is important for understanding how it drives space weather near the Earth and throughout the solar system."

“We didn’t expect such great results so early. These images show that Solar Orbiter is off to an excellent start," said Daniel Muller, ESA’s Solar Orbiter project scientist.

NASA said, "Getting to this point was no simple feat. The novel coronavirus forced mission control at the European Space Operations Center (ESOC), in Darmstadt, Germany to close down completely for more than a week. During commissioning, the period when each instrument is extensively tested, ESOC staff were reduced to a skeleton crew. All but essential personnel worked from home."

“The pandemic required us to perform critical operations remotely – the first time we have ever done that,” said Russell Howard, principal investigator for one of Solar Orbiter's imagers.

But the team adapted, even readying for an unexpected encounter with comet ATLAS’s ion and dust tails on June 1 and 6, respectively. The Solar Orbiter is an international collaboration between the European Space Agency (ESA) and NASA to study our closest star, the Sun.

Other images from the spacecraft showcase additional promise for later in the mission when Solar Orbiter is closer to the Sun. The Solar and Heliospheric Imager, or SoloHI, led by Russell Howard of the Naval Research Laboratory in Washington, DC, revealed the so-called zodiacal light, light from the Sun reflecting off of interplanetary dust – a light so faint that the bright face of the Sun normally obscures it.

To see it, SoloHI had to reduce the Sun’s light to one trillionth of its original brightness. “The images produced such a perfect zodiacal light pattern, so clean,” Howard said. “That gives us a lot of confidence that we will be able to see solar wind structures when we get closer to the Sun.”

NEOWISE Comet: Here's how you can watch this once in 6,000-year celestial phenomena