Solar Eclipse 2021: Date, time and how to watch 'ring of fire' eclipse

People in parts of the Northern Hemisphere are in for a treat as they will get a chance to watch the celestial event of 'ring of fire' or the annular Solar Eclipse. 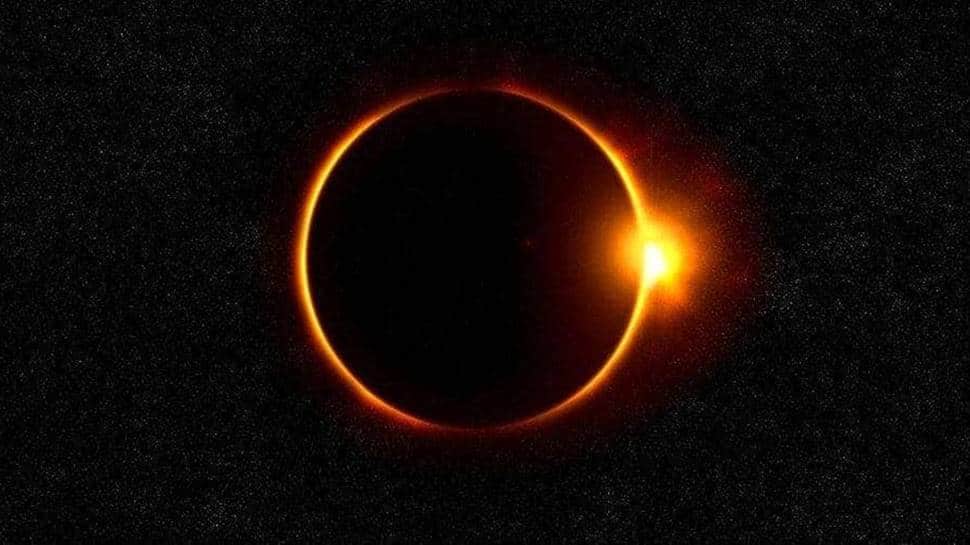 New Delhi: People in parts of the Northern Hemisphere are in for a treat as they will get a chance to watch the celestial event of 'ring of fire' or the annular Solar Eclipse. The Solar Eclipse or Surya Grahan will take place on Thursday, June 10.

An annular Solar Eclipse happens when the Moon moves right in front of the Sun, blocking it, except for a ring around the edges and this creates the 'ring of fire'. The eclispse will be seen in parts of Canada, Greenland, and northern Russia.

In few countries, the partial eclipse of the Sun will also be seen.

Solar Eclipse, ring of fire: Date and time in India

The duration of the annular eclipse will be around 3 minute and 51 seconds.

Why is it called 'Ring of Fire'?

When the Moon is farthest from Earth, the Moon appears smaller and does not block the entire light of the Sun and there is a ring of sunlight created. In simpler terms, because of the distance, the moon appears a bit smaller and does not block the entire view of the Sun. This is when a ring of light is witnessed. This is also referred to as the ‘Ring of Fire.’

How to watch Solar Eclipse 2021 in India?

Though the annular solar eclipse will not be visible in India the celestial event can be watched online. A live stream link of the solar eclipse has been shared by timeanddate.com so that the event can be seen virtually on June 10.