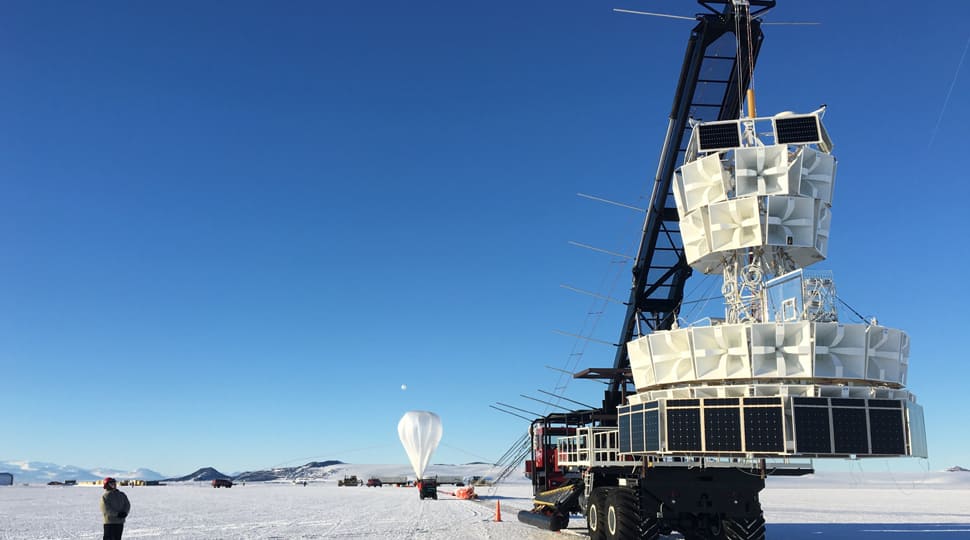 In a significant breakthrough, a team of researchers have succeeded in finding  "a fountain of high-energy particles erupting from the ice" in Antarctica which according to the researchers could be proof of a parallel universe.

A lead researcher said that the phenomenon is "in pretty strong tension with the standard model of physics" and it was recorded by NASA's Antarctic Impulsive Transient Antenna (ANITA).

ANITA succeeded in detecting the 'fountain' of high-energy particles in 2006 and 2014 but the researchers initially thought them as background noise or glitches. Lead researcher and University of Hawai'i Physics Professor Peter Gorham told Newshub that in 2016 the researchers conducted a closer inspection of the data and found  phenomenon resembling an "upside-down cosmic-ray shower".

Designed by world's premier space agency NASA, the ANITA instrument is a radio telescope which is used to to detect ultra-high energy cosmic-ray neutrinos from a scientific balloon flying over Antarctica. ANITA is the first NASA observatory for neutrinos of any kind.

The neutrinos have energies on the order of 1018 eV and they are capable of producing radio pulses in the ice because of the Askaryan effect. Researchers believed that high-energy cosmic neutrinos result from interaction of ultra-high-energy (1020 eV) cosmic rays with the photons of the cosmic microwave background radiation. This is the main reason why it was hoped that ANITA can help in explainoing the origin of these cosmic rays.

According to researchers, ANITA has made four flights of Antarctica continent and managed to detect numerous cosmic rays coming from the sky within the field of view of the experiment. These radio waves are created by cosmic ray air showers and they are reflected off the ice before they reach ANITA.