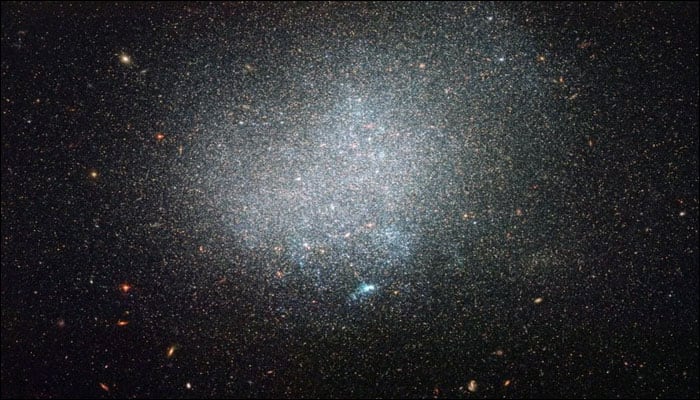 The chance detection on May 31 this year came during a planned joint multi-wavelength simultaneous observational campaign by these observatories studying the 'Proxima Centauri' group of stars which hosts an Earth-like habitable planet -- Proxima Centaur b -- orbiting within (Proxima Centauri) its habitable zone, said Professor K.P. Singh, a scientist from Tata Institute of Fundamental Research (TIFR) here.

The exercise to investigate the fate of this Earth-like planet orbiting the 'Proxima Centauri', around 4.25 light years away from the Sun, involved a team of scientists from India, the US, Chile, France and Germany.

"During the observations, a strong flare was observed by all our space-based participating telescopes," said Dr Christian Schneider of Hamburger Sternwarte (HS), Germany.

'Proxima Centauri' is a well-known flaring star where a large amount of energy is released as a result of magnetic reconnection and such stars (like Proxima Centauri) are known to flare on timescales of a few minutes to hours.

Commenting on the development, scientist Lalitha Sairam from the Indian Institute of Astrophysics, Bengaluru, said: "The high-energy photons like the ultraviolet (UV) and X-ray photons are absorbed by the planetary atmosphere heating it to tens of thousands of Kelvin, affecting the capability of the planet to sustain its atmosphere and in particular to sustain water in liquid form".

"The analysis of the flare data suggests that the flux increases to several orders of magnitude in both X-rays and UV wavelengths and lasting 1800 seconds. The energy released during this flare is of the order of 10 raised to power of 30 erg," Sairam added.

All this would make it difficult to sustain life-form on 'Proxima Centauri b' due to the activities on the star around which it orbits, said Singh, who developed the Soft X-ray Telescope aboard AstroSat.

"The typical energy released during a solar flare is of the order of 10 raised to 26-28 erg. A similar flare on our Sun could have a devastating effect on power grid, interruption of broadcast and electricity, affect the electronic instruments as well as astronauts in space, excess ultraviolet radiation in space, additionally also atmospheric display of lights near the poles," Singh told IANS.

The team is now investigating the characteristics of this flaring event to understand the propagation of such energetic events and effects on the orbiting planetary world.

"Such powerful and frequent flaring events may produce large radiations and particles which may significantly influence the atmosphere of the Proxima Centauri b and affect its habitability," added Professor Jürgen Schmitt of HS, Germany.

In the search for planets beyond our solar system, especially habitable worlds, the biggest hope could be in cool dwarf stars, which comprise nearly 75 per cent of our galaxy, making them the most common planet host stars.

"Our nearest neighbour, 'Proxima Centauri', at 4.25 light years, is one such star with a spectral type M5.5 and hosting an Earth-like planet, Proxima Centauri b, orbiting within its habitable zone," said Singh.

However, the habitability of the planet depends on the high-energy radiation as a result of the chromospheric and coronal activity of the host star.

The Chandra programme is managed by NASA's Marshall Space Flight Center, Alabama (USA). The flight operations and the Chandra Science are controlled by the Smithsonian Astrophysics Observatory in Cambridge, Massachusetts (US).