The new findings on how life evolves in different atmospheres could lay the foundation for scientists to interpret early biosignatures and signs of life on Earth-size exoplanets. 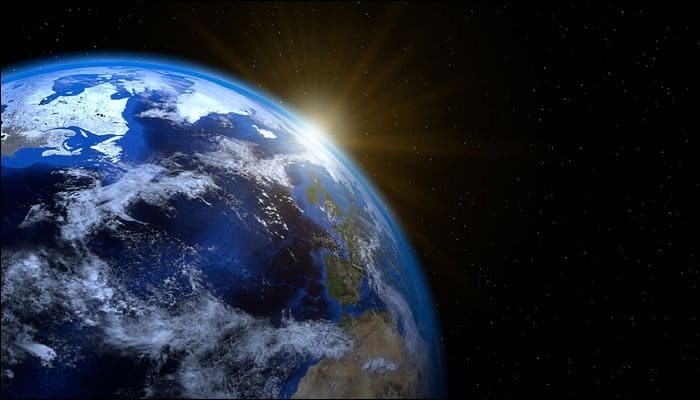 New Delhi: By explaining how Earth's atmosphere evolved over time, scientists have said it may hold the key to detecting life on planets beyond our solar system.

The search for alien life has reached newer dimensions with scientists delving deeper into the existence of exoplanets to gauge their habitability and whether they show signs of harboring life.

According to the study, published in The Astrophysical Journal, how Earth's atmosphere evolved corresponds to the appearance of different forms of life.

The team, led by researchers at the University of St Andrews in the UK, studied different geological epochs from Earth's history, modeling the atmospheres around different stars, bigger and smaller than our Sun.

The researchers found that a planet's star type is an important factor in how an exoplanet's atmosphere develops and how detectable signs of life or biosignatures will be.

At each of these points, oxygen, methane, and carbon dioxide were in drastically different abundances.

The new findings on how life evolves in different atmospheres could lay the foundation for scientists to interpret early biosignatures and signs of life on Earth-size exoplanets.

"We expect to find a myriad of exoplanets beyond even our wildest imagination. Even looking back at our own planet, the atmosphere has changed dramatically many times," said Sarah Rugheimer, an astronomer at the University of St Andrews.

"By looking at the history of Earth and how different host star light would interact with a planet's atmosphere, we can start to create a grid of models to help us understand future observations," said Rugheimer.

Varied cloud cover and surface features such as oceans and continents were also factored in during the study to see how these affected the models.

However, in order to accurately reflect the findings on distant exoplanets larger telescopes are required, researchers said.

"The 2019 launch of the James Webb Space Telescope should allow us to study a handful of habitable, Earth-size exoplanets transiting red dwarf stars," Rugheimer said.

"The European Extremely Large Telescope, which should be online in the mid-2020s, may also be able to directly image a handful of exoplanets," she said.