Astronaut Paolo Nespoli currently aboard the International Space Station (ISS) took the opportunity to wish everyone on the occassion of Diwali and posted an image of a brightly illuminated India from space on October 19. 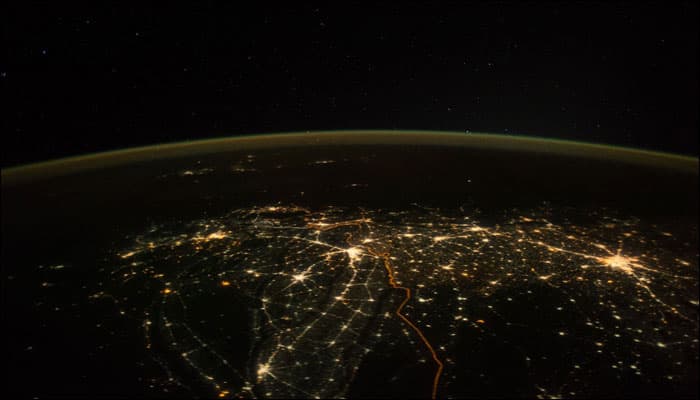 New Delhi: Over the years, numerous photographs of India during the festival of Diwali 'as seen from space' have been passed and spread around, only to be declared fake a couple of days later.

Some hopes, we can safely say, were definitely crushed because we would all love to know what our country looks like on one of the most widely celebrated festivals from space.

Well, brace yourselves, because that desire has finally been fulfilled, thanks to astronaut Paolo Nespoli.

The ESA astronaut currently aboard the International Space Station (ISS) took the opportunity to wish everyone on the occassion of Diwali and posted an image of a brightly illuminated India from space on October 19.

He wrote: “Diwali, the Hindu Festival of Lights, starts today. #HappyDiwali to everyone! #VITAmission”

Needless to say, the image is gorgeous! Have a look.

The ISS crew regularly treats the world with stunning images of Earth captured from their vantage point in the space station's cupola.

Paolo Nespoli, the 60-year-old Italian astronaut has been a resident of the orbiting laboratory for over a month for the Vita Mission as part of Expedition 52/53.

Huge cave on Moon could one day house astronauts