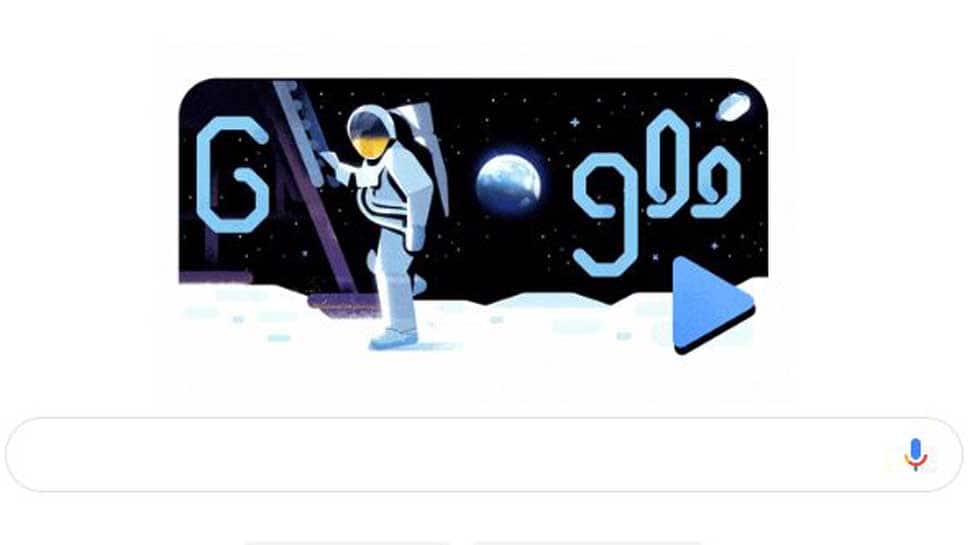 Fifty years ago, NASA’s Apollo 11 mission changed our world and ideas of what is possible by successfully landing humans on the surface of the moon⁠—and bringing them home safely⁠—for the first time in history. Today’s video Doodle celebrates this moment of human achievement by taking us through the journey to the moon and back, narrated by someone with firsthand knowledge of the epic event: former astronaut and Apollo 11 command module pilot Michael Collins.

As per Google, a team of some 400,000 people from around the world worked on Project Apollo—mostly factory workers, scientists, and engineers who never left the ground. Within those 400,000 were the mission’s astronauts Neil Armstrong, Edwin “Buzz” Aldrin, and Michael Collins. Their historic journey began when a Saturn V rocket blasted off from Florida’s Kennedy Space Center on July 16, 1969. After achieving orbit around the moon, the lunar module, known as “the Eagle,” separated for a 13-minute journey to the surface. Meanwhile, astronaut Michael Collins stayed behind in the command module, which would eventually bring all three astronauts back home to Earth.

Along the way to the moon’s surface, Armstrong and Aldrin lost radio contact with Earth, the onboard computer showed unfamiliar error codes, and fuel ran short. As millions watched on television with anxious anticipation, they successfully steered the module to a safe landing on the crater dubbed the “Sea of Tranquility” on July 20, 1969.

Not long after, Armstrong became the first human to step foot on the moon, stating the now infamous words “That’s one small step for [a] man, one giant leap for mankind.”

Returning safely to Earth on July 25, 1969, the Apollo 11 crew were followed by 10 more astronauts, with the final mission taking place in 1972. Countless scientific breakthroughs—from CAT scans to freeze-dried food—took place thanks to the mission to the moon.

Space exploration continues to this day, with milestones such as the International Space Station and plans for a mission to Mars. Most recently, NASA’s Artemis program—named for Apollo’s sister in Greek mythology—aims to bring the first woman to the moon.