The spacecraft is expected to circle the planet for another five years as it has still got about 15kg of fuel left. 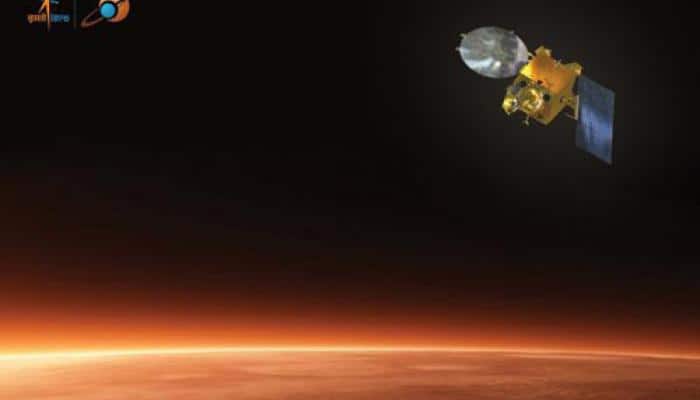 The spacecraft is expected to circle the planet for another five years as it has still got about 15kg of fuel left.

According to ISRO, the satellite is in good health and continues to work as expected, adding that scientific analysis of the data received from the spacecraft is in progress.

On September 24, 2014, India successfully placed its Mars orbiter, also known as Mangalyaan, in the orbit around the Mars in its very first attempt, joining an elite club of countries with expertise in space technology.

ISRO launched the spacecraft on its nine-month-long odyssey on a homegrown PSLV rocket from Sriharikota in Andhra Pradesh on November 5, 2013 and it had escaped the Earth's gravitational field on December 1, 2013.

In March 2015, ISRO first announced that the spacecraft's life was extended by another six months, citing surplus fuel as the reason.

Later in June 2015, its Chairman AS Kiran Kumar had said it has enough fuel for it to last "many years".

MOM was launched to study the Martian surface and mineral composition, and scan its atmosphere for methane, an indicator of life on the Red Planet.

ISRO said the Mars Colour Camera, one of the scientific payloads onboard MOM, has produced more than 715 images so far.

During the mission, the spacecraft has gone through a communication 'blackout' as a result of solar conjunction from June 2, 2015 to July 2, 2015.

It experienced the 'whiteout' geometry (when the Earth is between the Sun and the Mars and too much solar radiation may make it impossible to communicate with the Earth) during May 18 to May 30, 2016.

An orbital manoeuvre was also performed on the MOM spacecraft to avoid the impending long eclipse duration for the satellite.

The ISRO had also launched MOM Announcement of Opportunity (AO) programmes for researchers in the country to use MOM data for research and developoment.

Meanwhile, the government had revealed in November last year that the ISRO is seeking scientific proposals for Mars Orbiter Mission-2, to expand inter-planetary research.