Unlike Earth, Mars has no global magnetic dipole, but the solar wind instead induces currents in the ionised upper atmosphere (the ionosphere), creating an induced magnetosphere. 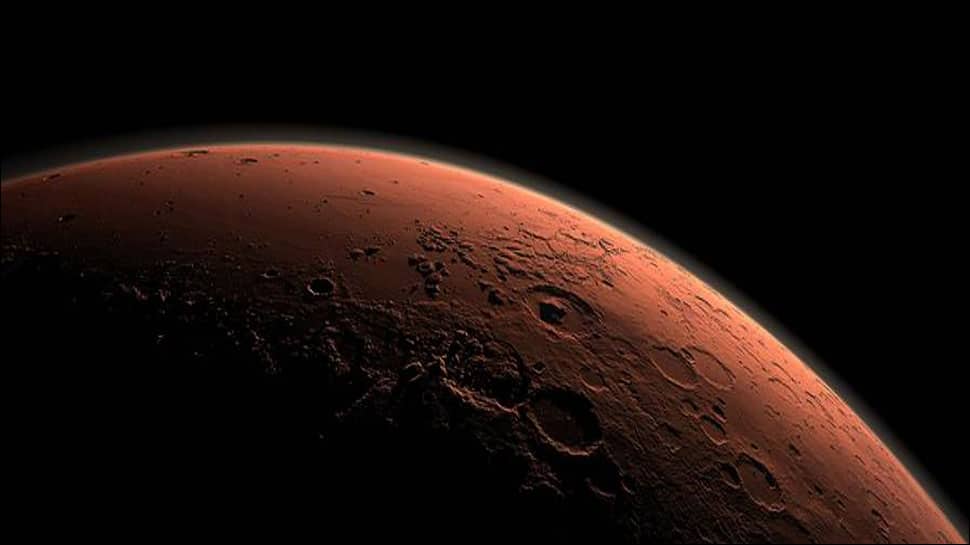 New Delhi: Despite the absence of a global Earth-like magnetic dipole on Mars, a study has found that the Martian atmosphere is well protected from the effects of the solar wind on ion escape from the planet.

Mars, at present, is a cold and dry planet with less than one percent of Earth's atmospheric pressure at the surface.

Many geological features, however, indicate that the planet had an active hydrological cycle about three to four billion years ago, said researchers from Swedish Institute of Space Physics.

An active hydrological cycle would have required a warmer climate in the planets early history and therefore a thicker atmosphere, one capable of creating a strong greenhouse effect.

A common hypothesis maintains that the solar wind over time has eroded the early martian atmosphere, causing the greenhouse effect, and thus the hydrological cycle, to collapse.

Unlike Earth, Mars has no global magnetic dipole, but the solar wind instead induces currents in the ionised upper atmosphere (the ionosphere), creating an induced magnetosphere.

"It has long been thought that this induced magnetosphere is insufficient to protect the martian atmosphere," said Robin Ramstad, from Swedish Institute of Space Physics and Umee University, Sweden.

"However, our measurements show something different," said Ramstad.

The Swedish-led ion mass analyser on Mars Express spacecraft has been measuring the ion escape from Mars since 2004.

The results show that the solar wind has a comparatively small effect on the ion escape rate, which instead mainly depends on the EUV radiation.

This has a large effect on estimations of the total amount of atmosphere that has escaped to space.

"Despite stronger solar wind and EUV-radiation levels under the early Sun, ion escape can not explain more than 0.006 bar of atmospheric pressure lost over the course of 3.9 billion years," said Ramstad.

"Even our upper estimate, 0.01 bar, is an insignificant amount in comparison to the atmosphere required to maintain a sufficiently strong greenhouse effect, about 1 bar or more according to climate models," he said.