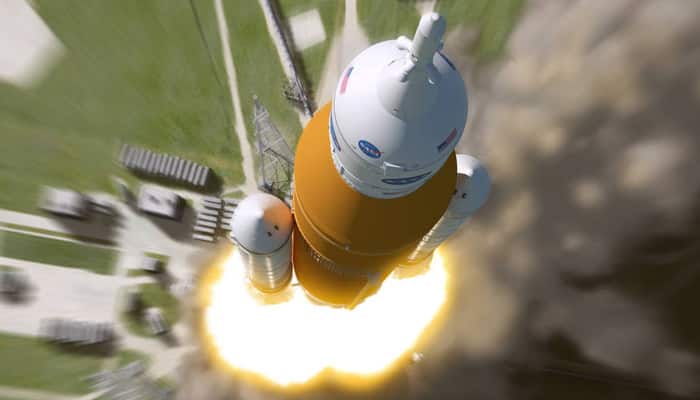 New Delhi: It's been nearly 50 years now since humans last landed on the moon – Apollo 17 mission in 1972 – after which no manned lunar mission has taken place.

However, US President Donald Trump seems to have taken a great interest in upcoming space explorations, particularly, in manned lunar landing mission.

As per reports, Trump wants to put a team of astronauts on the moon during his first term in office - probably within three years, by 2020.

President Trump, in his inauguration speech, vowed to unlock the mysteries of space. It may be noted that during the election campaign, Trump had asked NASA to focus on space exploration and not climate change.

The US space agency is currently building a jumbo rocket called the Space Launch System (SLS), an advanced launch vehicle for a new era of exploration beyond Earth’s orbit into deep space. SLS, which according to NASA is the world's most powerful rocket, will launch astronauts in the Orion spacecraft on missions to asteroid and eventually to Mars.

Thus, NASA's SLS will have the boost necessary to propel humans to the moon, Mars or other deep-space destinations.

With Trump showing a great interest in deep space missions, for NASA, this could come as a golden opportunity to strengthen its partnership with the private sector. Because creating human settlements on the Moon is one of the primary goals set by NASA and private companies.

Recently, NASA announced its plans to send humans to the moon by 2021 by teaming up with the European Space Agency (ESA).