Why 108 is considered sacred in Hinduism? Here's your answer

From scientific to the divine theory, number 108 is considered auspicious for the followers of Sanatana Dharma. 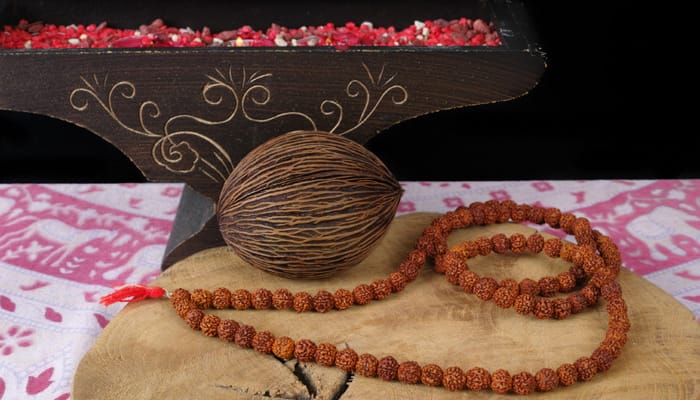 Mumbai: Ever wondered why the prayer mala or rosary has 108 beads? Or why people do Surya Namaskar for 108 times during spring when day and night have equal lengths?

The answer to the often asked question lies in the Vedic cosmology derived by renowned Vedic mathematicians. According to the Vedic theory, number 108 represents the whole of the universe, further defining the universal existence.

As for a ritualistic connection, it is believed that there are 108 holy sites in India. The list of Upanishads consisting of the four Vedas- Rigveda, Samaveda, Yajurveda and Atharvaveda is also 108.

It is also believed that the distance of earth from sun and moon is 108 times of its diameter. Similar to this is the theory outlined by the Vedic sages. According to them the distance between the human’s outer body and inner soul is 108 units. Hence every bead of the mala represent each stage of human life before attaining salvation.

Also, there are 108 weak spots in a human body and these spots come together to form a link. Hence chanting the rosary or mala can actually lead to strengthening the inner and outer self.

Hence, Rudraksh mala which represents Shiva, is used to chant the mantras.

From scientific to the divine theory, number 108 is considered auspicious for the followers of Sanatana Dharma.

Ramayana: Why Sita refused to leave Lanka with Hanuman?