Soon after West Indies stunned England in the final of the tournament, Bachchan hit back at Flintoff with the most brutal comeback. 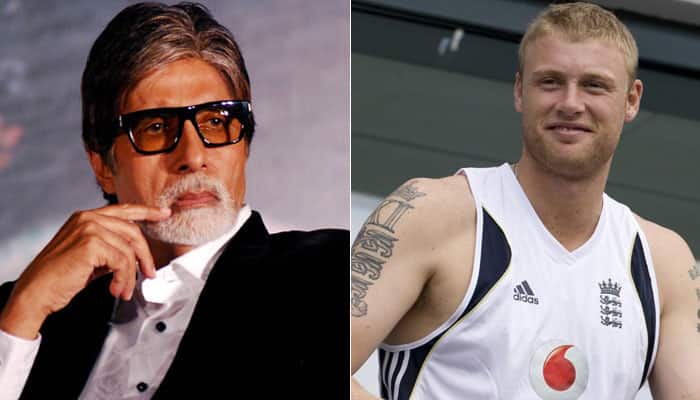 Mitchell Johnson’s remarks on Virat Kohli led to him having several encounters with cricket-mad India fans on the social micro-blogging site.

However, the duel that grabbed most attention was the one between Bollywood legend Amitabh Bachchan and former England all-rounder Andrew Flintoff.

It all began when Freddy’s praise of Kohli’s stupendous knock against Australia didn’t go down too well with Team India supporters.

At this rate @imVkohli will be as good as @root66 one day ! Not sure who @englandcricket will meet in the final now !

Surprisingly, among those that replied to Flintoff was the great actor himself.

The former England star, wanting to have more fun, infuriated Bachchan’s followers with this retort.

Flintoff was not done just yet. When England beat New Zealand in the semi-final, he posted this.

Shall we go to the final ? Reckon my mate @SrBachchan can get us a couple of tickets https://t.co/eEJTKGu5FU

With no response from Big B, there was a feeling that the fun and games were done and dusted.

However, soon after West Indies stunned England in the final of the tournament, Bachchan hit back at Flintoff with the most brutal comeback.

@flintoff11 Sorry @flintoff buddy, reckon you'll be doing your own tickets back to England !!

While Twitter banter should not be taken very seriously, but in this instance the legendary actor proved yet again why one should never mess with a superhero.