The Pakistan Cricket Board’s (PCB) has now launched launched an inquiry into the incident. 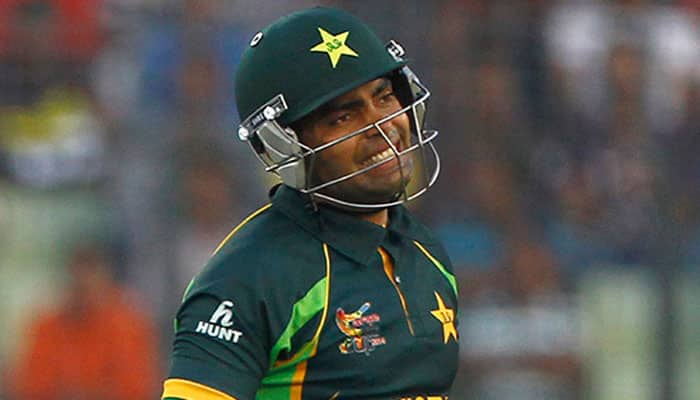 New Delhi: Pakistan batsman Umar Akmal once again finds himself in the news for the wrong reasons.

According to media reports, the right-hander was involved in a brawl at a theater in Faisalabad.

The incident occurred when the theatre's administration refused to give in to the cricketer's demand that a song be replayed.

It was at this point that the alleged fight broke out. The 25-year-old left the venue as soon as the he was identified by the audience. Akmal was accompanied by fellow cricketers Awais Zia, Bilawal Bhatti, Mohammad Nawaz and Shahid Yousuf.

“I would request for my privacy to be respected. If I am breaking any law then the government reserves the right to arrest me. It’s my personal life and I went to watch theatre alone. I went to watch a drama for entertainment; it is not a bad thing to do…it is my request that a cricketer’s private life should not be highlighted,” Akmal was quoted as saying by Geo News.

Umar Akmal, Shahid Yousaf B Bhatti M Nawaz & Awais Zia face PCB punishment after getting into a fight with organisers during a stage drama

U Akmal's recent 'issues':
Arrest at party in Hyderabad
Traffic warden fight
Complaint to I Khan about team mgt.
Alleged fight in Faisalabad

The Pakistan Cricket Board’s (PCB) has now launched launched an inquiry into the incident.