Shastri, who was Team India's director since 2014, was seen hosting IPL's opening ceremony. 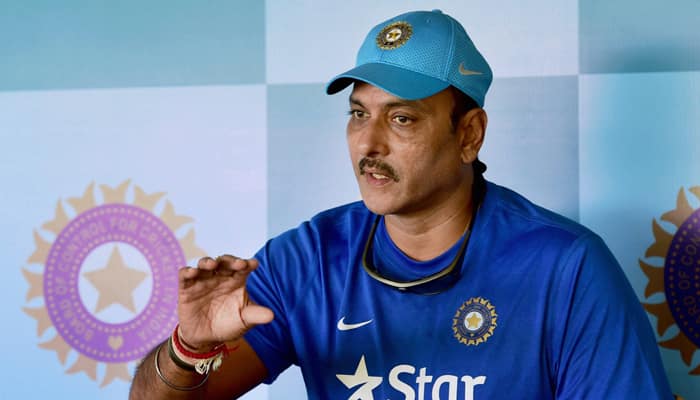 New Delhi: Cricket fans witnessed a similar sight on Friday, as Ravi Shastri returned to his role as a TV presenter for the Indian Premier League.

Shastri, who was Team India's director since 2014, was seen hosting IPL's opening ceremony.

Shastri's contract as team director ended with the World T20 and the BCCI's Cricket Advisory Committee will now take a call on his future.

However, media reports suggest that the Indian board is in favor of appointing a full-time coach and not a team director.

While the former India all-rounder has always been seen as an establishment man, Shastri has rarely spoken about his personal life.

However, the 53-year-old went into great depth talking about his life as a young Indian cricketer and the news of his divorce in an interview to The Sunday Express.

Here are some interesting bits from the chat.

On his wild days as a young star

I was a guy who never sat in. I would be out whether I got out for 0 or a 100 or an 80, four wickets, three wickets. You could never find me in the room. I would find the best spots in town. Even if I had to go on my own. Whether it was Barbados, Antigua, wherever.

We used to jump over the bloody gate. Go to Koshy’s (restaurant) at the back there. And one day Vishy was sitting there. He is my childhood hero. Jaake hello kiya lekin phir baaju mein jaake beer bulaya. (Laughter) (we went and said hello, then went to a corner and ordered beer). Me and (Bharat) Arun (the current bowling coach).

I was U-19, and was having beer up in the dormitory yaar. So the warden came and asked me, “What are you doing?” And he took the bottle. He groaned, “Bottle, lager, you are having.” And he was taking the bottle away. So I said, “Ehhh..there’s half left.” I poured it into my glass and said, “Now, here take the bottle.” So he went and gave it to Nagaraj (former BCCI and KSCA secretary from 1978) . So I was summoned. He said, “Young man, what have you to say?” I was 17, 18 at that time. I said, “I drink with my father, the man I respect the most. If I have to have a drink I have it with him. I am not hiding and doing.” Then I said, “These boys were having it with me.” And I was the captain. “No, no you should not be drinking,” Nagraj said. I said, “Sorry about that.” But didn’t hold back one bit. '

Those days I was at night club in Oberoi hotel. Up till 2 o’ clock. Next day hundred. Then back at Oberoi. A lot of things you could have done better (Laughs). But that was you. Probably that’s the reason people hated your guts. If you got out for zero also you’d be having a drink. You would be with people.

On rumors of his divorce

Kuch farakh nahi padtha. Shit has to happen, it will happen. You got to get up and move on. You are talking about that newspaper report on divorce? We never even filed. I told that fellow, where do you get all this news from. You can find about (divorce) from any court. In this day and age, it’s online. How can you write such (false) news? It didn’t affect my personal life. My wife also handled it similarly. Both knew nobody had done anything.