The Windies were restricted to 154 for six with Darren Bravo not out 46 at stumps. 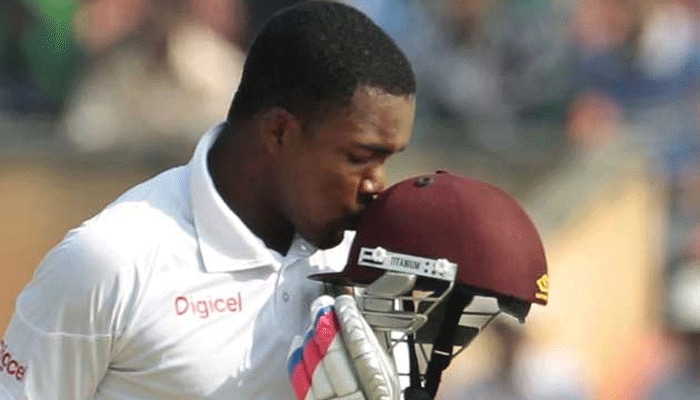 Sydney: The West Indies struggled on the rain-hit opening day of their Australian tour against a modestly talented Cricket Australia XI in Brisbane on Wednesday.

Only 60 overs` play was possible on the first day of the four-day game at Allan Border Field ahead of next week`s first Test in Hobart.

The Windies were restricted to 154 for six with Darren Bravo not out 46 at stumps.

The inexperienced tourists gave no grounds for optimism about the upcoming three-Test series, even though the CA XI featured six players new to first-class cricket.

The lowly-ranked Windies rested pace spearhead Jerome Taylor but their batting line-up was expected to be the same as for the Bellerive Oval Test starting on December 10.

Bravo was dropped on one trying to slog legspinner Cameron Boyce out of the ground but remained unbeaten at stumps.

The tourists were 52-2 when lunch was taken early.

After resuming they lost three wickets for 31 before Bravo and captain Jason Holder steadied the ship.

Holder struck two fours and a six in his 34-ball knock of 26, dominating a sixth-wicket stand of 32 before being caught behind off Queensland quick Simon Milenko (2-33).

Bravo put on 39 for the unbroken seventh wicket with Carlos Brathwaite (25 not out), the highest stand so far of the innings.

Rain forced the players off the field for the final time 30 minutes into the last session.

India vs SA: Five facts you ought to know about historic Feroz Shah Kotla