A win could mean a firm foot in the next stage but Iran would, perhaps, not mind a tie against a mighty Portuguese side. 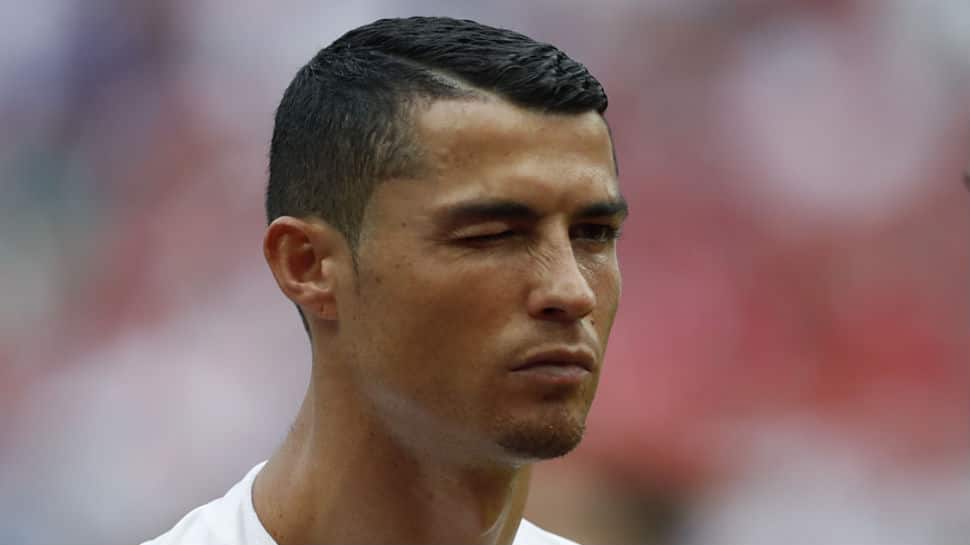 Eyeing goals! Cristiano Ronaldo has been in top form this World Cup and could dismantle any resistance from the Iranians.
Share:
Updated:
Jun 25, 2018, 18:00 PM IST
Source:
IANS

Saransk, Russia: Iran's primary objective will be to stop Christiano Ronaldo from scoring when they take on Portugal in a Group B tie of the FIFA World Cup at the Mordovia Arena here on Monday.

So far, Portugal`s all four goals in the tournament have come through Ronaldo and the Europeans will once again rely heavily on the talismanic striker if they want to make it to the second round.

Both the sides need a win on Monday to enter the Round of 16 and a loss for any of them could make life difficult.

With a win from two games, Portugal are placed second in the group with four points while Iran, who pipped Morocco 1-0 before falling against Spain, lie at the third place with three points.

Fernando Santos`s side has till now appeared to be a one-man team with Ronaldo doing the most for his side on both occasions.

In their last game against Morocco, Ronaldo was the only difference between the two teams. The Real Madrid star scored the only goal of the match in the fourth minute but Morocco did well to match the reigning European champions blow for blow throughout the encounter.

The north Africans were well organised in defence and midfield with the experienced Nordin Amrabat repeatedly troubling the Portugal defenders with his runs down the right wing.

The `Atlas Lions` in fact dominated the second half as they went all out for the elusive equaliser. But a lack of quality in their final passes and some excellent defending by Portugal prevented them from scoring.

Even if they manage to enter the second round, the rest of the Portugal players must do better otherwise simply depending on Ronaldo will not carry them too far.

Before their last group game, Portugal defender Ruben Dias felt there is some anxiety in camp as they look to live up to expectations in the tournament as European champions.

"Anxiety exists because it`s a World Cup and we are European champions and we want to get through the group and go as far as possible," Dias told mediapersons.

Dias, however, said that despite a slow start in this year`s World Cup, his side could improve further as the tournament progresses.

"Sometimes, things aren`t so good at the start and you start improving during the competition and gaining in confidence."

"This is natural?You start gaining confidence naturally," he added.

On the other side, Iran, Asia`s number one team, benefited from a late own goal by Morocco to get their World Cup off to a winning start in Saint Petersburg before losing 0-1 to Spain in a hard-fought battle.

On Monday, Iran will expect young striker Sardar Azmoun to fire and secure the Asian side a pre-quarter berth for the first time in their World Cup history.

Iran coach Carlos Queiroz has already declared the match against Portugal as the most interesting and important match.

"We go for it, with great belief and great determination to try to win the game," Queiroz said.

"When we arrived, no-one gave us a chance, but we still fight for our dreams," he added.

Iran have so far been impressive in defence and their defenders will have to once again come out with spirit to restrict Ronaldo from scoring.

Overall, a draw for Portugal will be enough to lift them to the next round while Iran need nothing less than a win to secure a pre-qualifier berth.