Australia’s top goal scorer Tim Cahill knew the time was right to end his international career after the World Cup but the attacking midfielder said on Friday he wants to continue playing at club level. 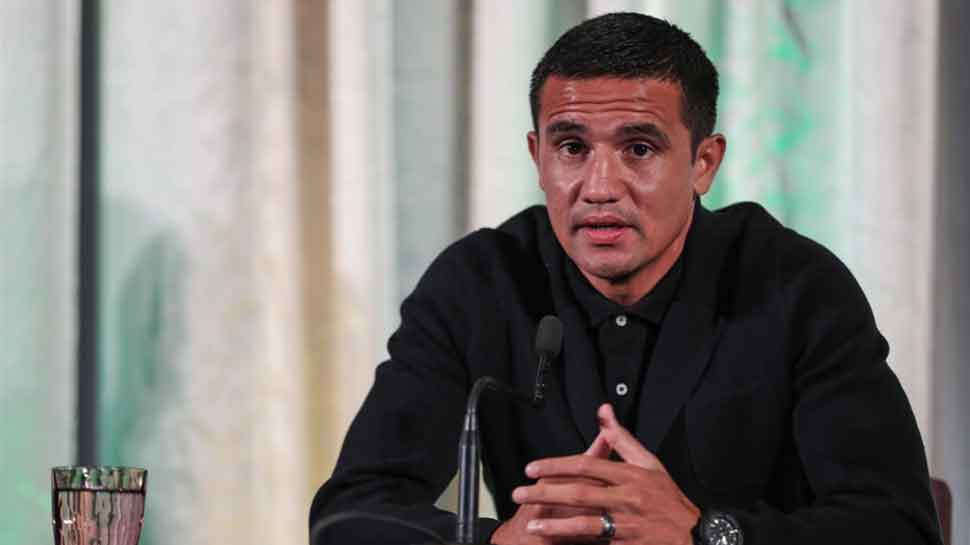 SYDNEY: Australia’s top goal scorer Tim Cahill knew the time was right to end his international career after the World Cup but the attacking midfielder said on Friday he wants to continue playing at club level.

The 38-year-old announced his international retirement on Tuesday while on holiday after playing in his fourth World Cup.

“For me, it was the right time,” he told a media conference in Sydney on Friday. “I had an inkling. I thought four World Cups, Asian Cups, Olympics, 107 games, goals.

Cahill retires as one of the greats of Australian football, with many of his 50 goals coming at crucial times in important matches — a feature of his 14-year Socceroos career.

He struggled for playing time at club level over the last year and left A-league side Melbourne City last December before returning to Millwall — where he first came to prominence 20 years ago — in search of first team football.

While Cahill appeared just 10 times for the English Championship side, he said he continued to work on his fitness and mental preparation ahead of the global showpiece.

“Leading into the World Cup, the six months prior was all about my country ... to make sure that I was physically and mentally ready,” he said.

“When you’re 38 and already been in three World Cups and played all these big tournaments one thing I’ve learned is that I’m there for my country. Its about my team mates.”

Cahill saw little action in Russia, only coming off the bench as a second-half substitute in Australia’s 2-0 loss to Peru in their final group match, but said he had not been frustrated by his lack of minutes.

“I knew that I’d get my moment and I got it against Peru,” he said. “Frustration is a word that is used because people would have liked to see me play more but for me to get a fourth World Cup campaign was huge.

“A player has to think a lot more than just about his personal situation.”

Cahill, who also played for Premier League side Everton and had stints with clubs in the United States and China, said he wanted to keep playing at club level but was unlikely to return to Australia.

“I’ve heard a lot of whispers about the A-League ... I felt like I had a successful time here. (But) to live in America and try and play in the A-League will be impossible.”