Real Madrid forward Cristiano Ronaldo has said that he is more focused on victory than outshining his Barcelona rival Lionel Messi in Saturday's El Clasico in their La Liga clash. 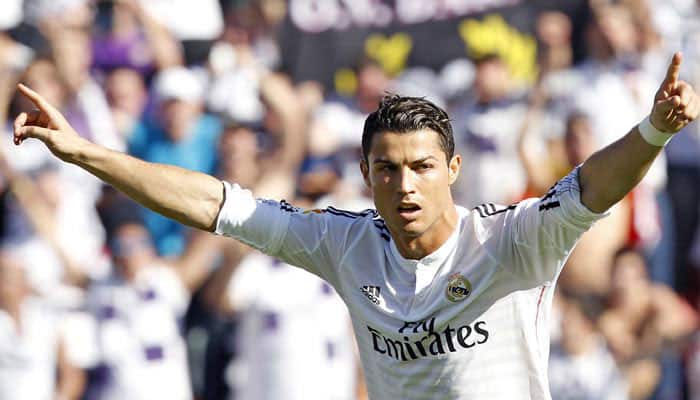 London: Real Madrid forward Cristiano Ronaldo has said that he is more focused on victory than outshining his Barcelona rival Lionel Messi in Saturday's El Clasico in their La Liga clash.

Ronaldo has netted a La Liga record 15 goals in seven matches this season, while Messi could break the all-time league scoring record at the Bernabeu. However, the world footballer of the year downplayed any individual rivalry.

Real's Gareth Bale would miss the match with a thigh injury, but Spain defender Sergio Ramos would be fit after missing Wednesday's 3-0 Champions League win over Liverpool with a calf injury.

Barca played in the Champions League the night before Real, beating Ajax 3-1 at the Camp Nou on Tuesday, and Ronaldo said that it is unfair that Luis Enrique's side have been allowed an extra day to recover.

Ronaldo said that he does not understand why they put the match on Saturday, adding that it is a difficult match and all footballers know that an extra day's rest is significant. He said that cup matches aren't so important.

However, Ronaldo added that he does not want to make excuses because the team is fine and confident.

Argentine forward Messi would equal Telmo Zarra's league total of 251 goals if he scores at the Bernabeu, a record that has stood for almost 60 seasons.

Meanwhile, former Liverpool striker Luis Suarez could make his Barca debut after serving a four-month ban for biting Italy defender Giorgio Chiellini at the World Cup, and Messi feels that the Uruguay striker could give coach Enrique an extra attacking option in the first El Clasico of the season.

Messi said that Barca is excited for Suarez to play because the striker would add his strength to the team. He added that he is happy for the Uruguayan because he has spent a long time off the pitch.

Barcelona lead La Liga with 22 points after eight games, and will go seven points clear of Real if they win at the Bernabeu on Saturday, the report added.

Brendan Rodgers gives Mario Balotelli until January to 'prove his worth'