England right-back's appointment would mark a significant chapter in the league's progress. 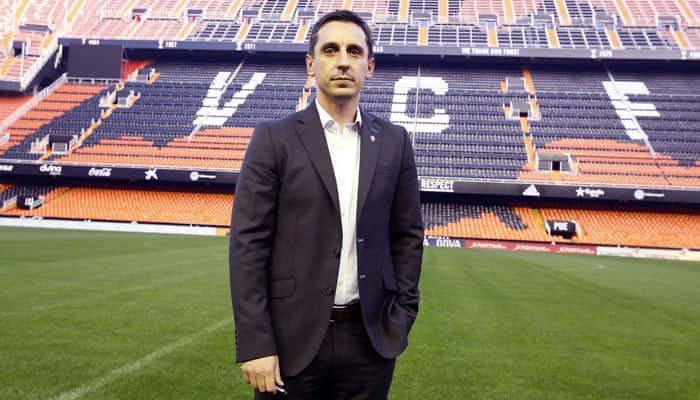 New Delhi: Indian football is on the verge of pulling off the most sensational coup if reports of Manchester United legend Gary Neville becoming the new manager of Delhi Dynamos are true.

BREAKING: @GNev2 confirmed to be signing a contract with Dehli Dynamos FC. More to follow.

Noted football agent Bajjit Rihal, who in the past has facilitated player transfers to the ISL, too shared the same news earlier in the day.

While several high-profile managers have worked in the ISL, the former England right-back's appointment would mark a significant chapter in the league's progress.

After a celebrated career with the Old Trafford club, Neville signed up for a stint with Sky Sports where he is a revered pundit.

He also assisted Roy Hodgson with the English national team before taking the plunge into club management with Valencia in Spain.

Despite the 41-year-old being sacked by the La Liga club after a poor run, there is no denying that Neville is made for management.

The news of Delhi being Neville's next destination definitely comes as a surprise considering the ISL is just a two-year-old league and does not have FIFA recognition.

Last season, Delhi were managed by another legend in Roberto Carlos and made it to the semi-final where they were beaten by FC Goa.