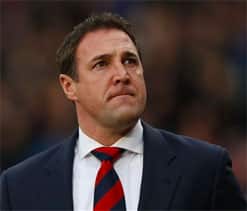 London: Cardiff City manager Malky Mackay on Tuesday said that he would not walk away from the club despite another difference of opinion with Malaysian owner Vincent Tan.

After Mackay publicly expressed a desire to strengthen his squad in the January transfer window, Tan released a statement via chief executive Simon Lim in which he said he was "extremely upset" with the manager for having not consulted him.

Tan also explained that he had decided to sack former head of recruitment Iain Moody, a close ally of Mackay`s, because he overspent by £15 million ($24 million, 18 million euros) during the last transfer window.

However, while Mackay expressed surprise at Tan`s latest comments, he said he remained dedicated to the Cardiff cause.

"I will not resign from my post. I was surprised, obviously, but at the same time my job doesn`t change," he said in an interview due to be broadcast on BBC Radio Wales later on Tuesday.

"It would be wrong of me to walk away from a job because the owner doesn`t want to give me more money in January."

Promoted from the second-tier Championship last season, Cardiff are currently four points above the Premier League relegation zone in 15th place after 15 games of the campaign.

Tan has courted controversy during his Cardiff stewardship, notably changing the club`s badge and colours to red from their traditional blue in 2012.