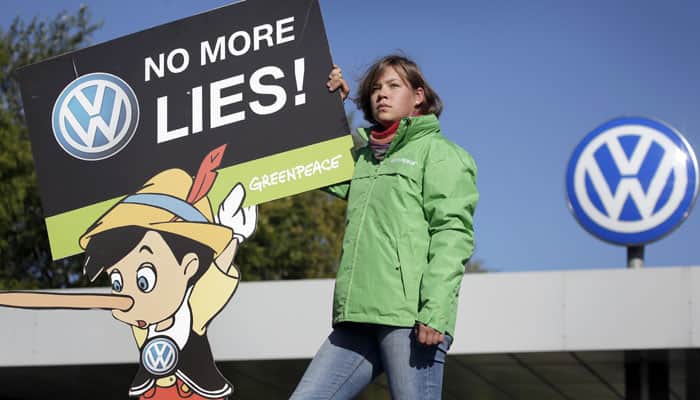 Volkswagen is braced for fines of up to $18 billion in the United States alone and faces the biggest challenge in it`s 78-year history.

The carmakers sparked global outrage by admitting 11 million of its diesel cars worldwide are fitted with so-called defeat devices that activate pollution controls during tests, but covertly turn them off when the car is on the road.

The VfL Wolfsburg club was formed in 1945 out of a multi-sports club for Volkswagen workers at the city`s production plant.

Allofs says the emotional link between the car manufacturer and the football team has always been strong and he does not expect their finances to be cut, even if Volkswagen are forced to tighten their belts.

"I can`t say anything concrete about the operations at Volkswagen, but in general the signals are clear: as things stand now, nothing will change for VfL," Allofs, Wolfsburg`s director of sport, told Die Welt on Sunday.

"We don`t get direct hand-outs from Volkswagen, but a strategic element.

"We`re neither Number One on VW`s priority list, nor last, and the financial size of their investment, in terms of the whole VW group, is certainly not small.

"On the other hand, their emotional involvement (in the club) is huge, which is why I am not worried.

"That`s not a calming tactic, but what I firmly believe."

Wolfsburg face challenges of their own on the pitch with just one point in their last two league games before travelling to Manchester United in the Champions League on Wednesday.

They drew 1-1 with bottom side Hanover on Saturday, which left them fourth in the league, having been routed 5-1 at Bayern last Tuesday when Robert Lewandowski scored five goals in just under nine second-half minutes.

The majority of those living in the city are both Wolfsburg fans and Volkswagen employees and Allofs admitted the club`s supporters face uncertain times.

"Volkswagen`s decision to invest in amateur and professional football, not only in Wolfsburg, was strategic, not personal," he said.

"It`s important that we recognise that people in the area are worried, which is understandable.

"This is a huge challenge, which those responsible in the corporation now face."

Eden Dzeko, Francesco Totti out for up to a month: Roma