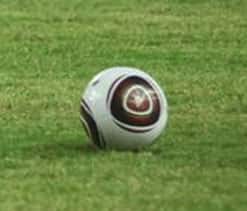 English second-tier side Norwich City issued an apology on Friday after claiming to have won a pre-season friendly 13-0 against an Italian team that they had not actually played.

After a match against Italian third-division team Novara was cancelled, Norwich thought they had set up a game against Serie D outfit Saint-Christophe Vallee d`Aoste.

However, when a match report appeared on the Norwich website, the Italian club complained that they had not been involved, and that the real opponents had been a select XI of local non-professional players.

"In our original match report for this warm-up fixture, acting in good faith on the basis of information given to the club, we incorrectly reported that we had played against local club side SC Vallee d`Aoste," Norwich said in a statement on their website.

"In fact the game was against an Aosta regional select side and we are happy to put the record straight and apologise to SC Vallee d`Aoste and their fans for the misunderstanding."

Norwich were relegated from the Premier League last season after a three-year spell in the top flight and will start the 2014-15 campaign in the Championship.