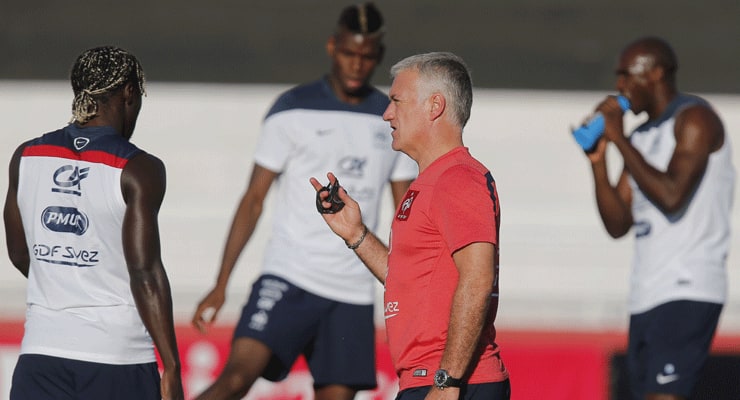 Brasilia: France coach Didier Deschamps on Tuesday urged his team to keep their excellent start to the World Cup going when they face Ecuador in their final Group E game.

"We need to try to maintain everything we have done so far and finish the job," said Deschamps as France look to clinch qualification for the last 16 on Wednesday as group winners against an Ecuador side whose own place in the knockout rounds is at stake too.

"We will be up against a team who are also competing for a place in the next round so we can`t take this game lightly."

France have scored a total of eight goals in their two matches to date and their goal difference is such that even a defeat at the Maracana is unlikely to deny them a berth in the last 16.

"The level of commitment from the players has been the same as has the way we have prepared for this match," said the coach.

"We are aiming to ensure first place but that will require us to play well because we are up against a quality side.

"The objective for us is to win the match and we are taking it very seriously. Up until now we have been clinical in front of goal but with respect to Ecuador we can`t think it will be easy."

Deschamps is set to ring the changes for the game, including bringing in the Southampton midfielder Morgan Schneiderlin in place of the suspended Yohan Cabaye.

Suarez can stop biting, but it won`t be easy - psychologists