Tax issues have to be sorted for Indian Grand Prix's return: Sameer Gaur

The tax issues facing the Formula One Indian Grand Prix will have to be sorted for the return of the high-profile race, its promoter Sameer Gaur asserted on Thursday. 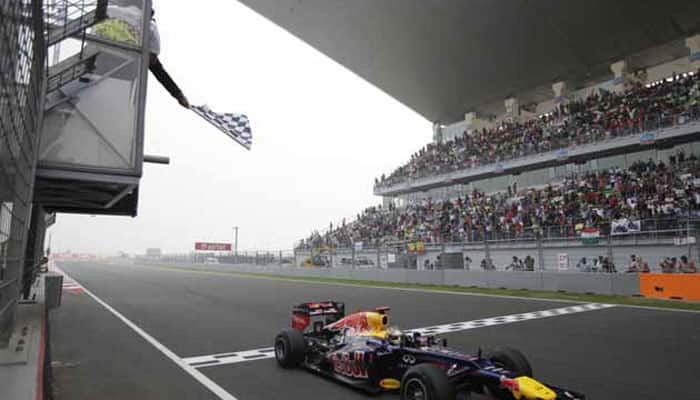 New Delhi: The tax issues facing the Formula One Indian Grand Prix will have to be sorted for the return of the high-profile race, its promoter Sameer Gaur asserted on Thursday.

Both Gaur and F1 supremo Bernie Ecclestone had earlier targeted a 2016 return but Jaypee Sports International (JPSI) chief has now said it is best to wait for the outcome of the tax case heard in Bombay High Court.

"We are waiting for the income tax issues to be sorted and once they are sorted, we will be back on track. It is the most important issue facing the race. The Formula One Group will also know what their obligations are (in India) when the tax case is solved," Gaur told PTI.

Before the first race took place in 2011, F1 had moved Authority of Advanced Ruling (AAR) to ascertain whether its income is taxable in India. The tax issue and red tape surrounding the event eventually led to the race being dropped after three editions.

Gaur said he could only talk about the possible return date for the Indian Grand Prix once the court decides on the case.

"It is very difficult for me to predict. It could be 2016 if the case is decided in time else we will have to look at 2017. It all depends on the outcome of the case.

"The issue basically is on the tax liability of the Formula One Group, whether they have to pay tax here in India or in England, mainly covering the income generated from licensing fee and income of the teams and drivers," he said when asked about the pressing problem for the race.

The next hearing of the case is likely to take place in September, said Gaur, giving little time to him and Ecclestone to work on the race's return next year.

The provisional F1 calendar is usually released in September before the FIA World Motor Sport Council ratifies the final one in December.

"They (Jaypee) need to be in a hurry (for 2016). Within the next two months, we need to know," Ecclestone had told PTI last month.

Government support or the lack of it is also seen as a hurdle in way of a long future for the race.

"I feel this question is more relevant for other channel partners especially the likes of FMSCI," he said when asked whether he could have done anything differently.

"They are the people responsible for promotion of motorsport in the country. FMSCI's role is not just to assist Jaypee during the Indian Grand Prix. One individual can't do all. They must do more to promote the sport, like what BCCI has done for cricket. What is FMSCI doing? What steps is it taking to popularise motorsport?" he asked before saying "there should be more entrepreneurship at the level of FMSCI".

For the long future of the race, Gaur said it is essential that more and more people follow motor racing, and that is what FMSCI must focus on.

"We are wearing different hats (as being part of the Jaypee Group). I have to look after Yamuna Expressway project as well as the Group's other activities. But FMSCI is only wearing one hat. It is there only to work for Indian motorsport.

On his plans for the Buddh International Circuit besides hosting F1, Gaur said the Group invested heavily in the circuit to have regular international events.

"We have made such a huge facility, invested so much in it, obviously to have international races. And I am not only talking about F1, I am talking about other championships too. As a private developer, we understand that we need to do lots of events to keep the facility going," he said referring to the USD 400 million circuit.

Jaypee Group is sitting on debts worth more than Rs 60,000 crore. Asked whether the conglomerate's financial health is adversely affecting its plans for F1, Gaur said: "If there is a downturn in the economy currently, there will also be an upturn. F1 is one of many activities of the group."

F1 returns to Mexico this season after 23 years, reinforcing that it is tough for a race to return in the ever crowded calendar.

"Circuits get dropped and they comeback. It is all about having the right environment," said Gaur.