Star grapplers Bajrang and Babita Kumari on Tuesday qualified for next month's World Wrestling Championship after emerging victorious in their respective weight categories in the final selection trials at the SAI Training Centre in Sonepat. 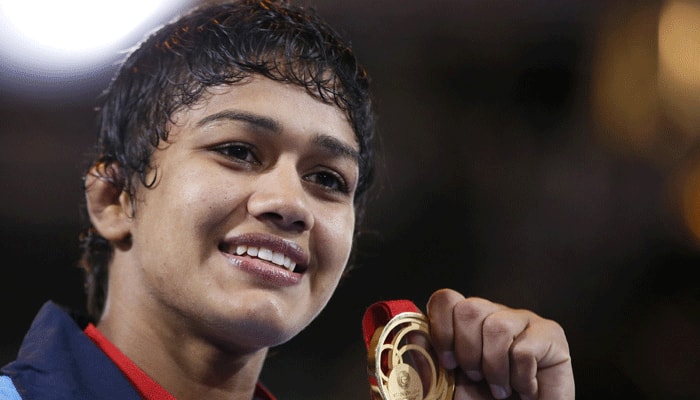 New Delhi: Star grapplers Bajrang and Babita Kumari on Tuesday qualified for next month's World Wrestling Championship after emerging victorious in their respective weight categories in the final selection trials at the SAI Training Centre in Sonepat.

While Bajrang defeated Sonu 4-0 in Men's Freestyle 61kg division to book a berth, Babita got the better of Nirmala Devi 6-2 in Women's 53kg category to qualify for the September 7-12 World Championship at Las Vegas, USA, which will also be the first qualifying tournament for next year's Rio Olympics.

Both Bajrang and Babita had been suffering from injuries due to which they could not take part in the selection trails, conducted by the Wrestling Federation of India last month, for the World Championship.

But considering their requests and past performances, the selection committee had decided that the winners of the trails in those two categories (men's 61kg and women's 53kg freestyle) will only participate in the Senior International Wrestling Tournament in Astana, Kazakhstan. The final candidate to represent India in World Championship would be chosen after another trail in these two weight divisions.

On the basis of that decision, Sonu (Men's 61kg) and Nirmala Devi (Women's 53kg) were selected only for the Kazakhstan tournament, which concluded last month.

Today the final trials in those two categories were conducted and living up to their reputation, both Bajrang and Babita defeated their respective opponents to finally book berths in the World Championship.

While Babita, who had bagged a bronze medal in World Championship 2012, was suffering from an ankle injury, last year's Asian Games and Commonwealth Games silver medallist Bajrang had sustained a back injury.