A series of injuries might have derailed his plans but a fit-again RMV Gurusaidutt is putting in the hard yards to earn his place at the top and is aiming to regain his position in the world top-25 by year end. 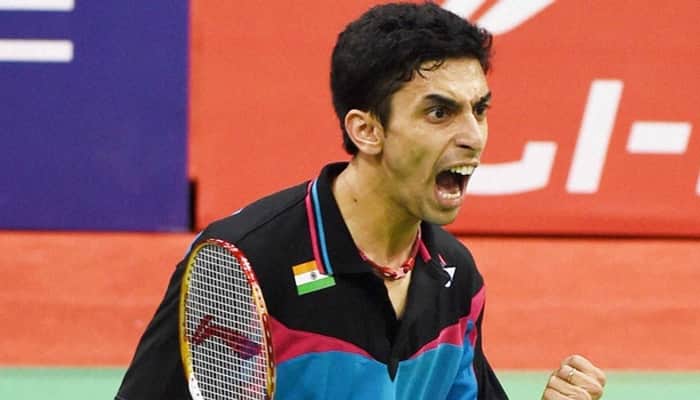 New Delhi: A series of injuries might have derailed his plans but a fit-again RMV Gurusaidutt is putting in the hard yards to earn his place at the top and is aiming to regain his position in the world top-25 by year end.

"I've been injured on and off. I had a quadricep strain after Vietnam open. And there has been a long time issue with plantar fasciitis and Achilles tendinitis in my right foot. Each injury took atleast 2 weeks," Gurusaidutt, who had achieved the highest career-ranking of World No. 19 in 2013, told PTI.

"Though they were not major but took time to recover. And because of the small niggles, I'm not able to continue my training. My back was also giving some problem. But now I look better," added the 25-year-old, who clinched a bronze at the Commonwealth Games in Glasgow last year.

Asked about his plans now, Guru said: "I am playing a challenger and a Grand Prix in Bulgaria and Dutch Open. I have also entered for Bitburger and Bahrain.

"My first aim is to get into top-30 before Hong Kong and the Macau Open. By the year end, top 25 would be good with the way I'm going. For now, it's important to take one tournament at a time," said the Hyderabadi.

Young shuttler B Sai Praneeth too had fitness issues but now he is ready to put his best foot forward in the upcoming tournaments.

"I am playing more challengers to just get some confidence back. It was actually last year when I had a shin injury. I was not off circuit but was playing on and off. But now I am fit," said Praneeth, who won the Lagos International and Sri Lanka International Challenge, besides reaching the semifinals of the US Open this year.

"I just want to get some results. I will be playing the Dutch Open, French and Bitburger Open. So the next month is going to be hectic. Now I am playing good," added the 23-year-old, who is remembered for stunning former world and Olympic champion Taufik Hidayat in his farewell match.

Asked about his targets, Praneeth said: "I have kept many targets many times but something or the other is obstructing. So I just want some good results."

With the Indian Badminton League (IBL) finally set to roll out in January next year, Praneeth is excited to be a part of the event.

"IBL makes the game more famous. It is fun not pressure. In January there are no tournaments so players will also come. So it's good for badminton and players," he said.