A fuming Satpal said the allegations against him were absolutely baseless and was ready to face any inquiry. 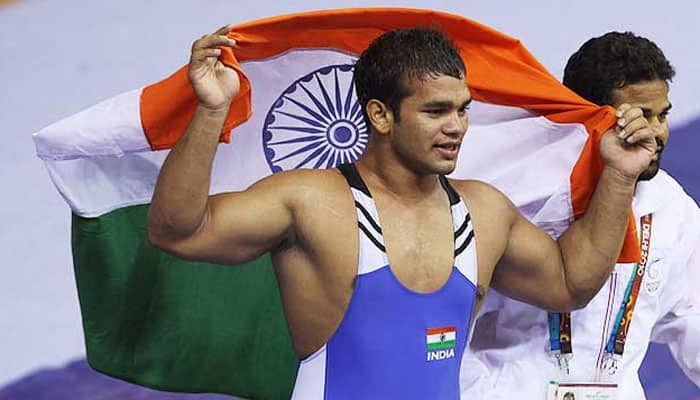 New Delhi: Rubbishing rumours that he had engineered the dope fiasco surrounding Olympic-bound Narsingh Yadav, a fuming Satpal Singh today said it was wrong to point fingers at him and his protege without any proof.

A fuming Satpal said the allegations against him were absolutely baseless and was ready to face any inquiry.

"They are trying to show Satpal and his team did it but we have nothing to do with this. Don't level allegations against us without proof. If you have proof then come forward," Satpal, the renowned wrestling coach and father-in-law of double Olympic medallist Sushil Kumar, told 'Times Now'.

"Narsingh failed the dope test. Where from Sushil, Satpal's names cropped up. Personally, I was very sad when I heard Narsingh failed dope test because I wanted a medal for the country.

"It is the players, coaches and federation's responsibility to see what they are eating. How can you say that it is a conspiracy when you don't have any proof."

On the basis of Narsingh bagging the 74kg Olympic quota berth with a World Championships bronze last year, Wrestling Federation of India (WFI) had named him to represent India at the Rio Games and Sushil's demands for a trial were rejected by the Federation as well as the Delhi High Court after a lengthy legal battle.

But barely days before the sporting extravaganza, Narsingh, who was picked ahead of the Sushil to represent India at the Rio Games, has been handed provisional suspension after he tested positive for a banned substance.

Soon after failing dope test, Narsingh cried foul and said he was a victim of conspiracy.

Satpal said they had nothing personal against Narsingh and they went to the court only demanding for a trial so that the best wrestler in the weight category represents India in the Olympics.

"We went to the court only for a fair trial. We did not went to the court to stop Narsingh. After the court ruled in Narsingh's favour, Sushil's chapter was closed. We didn't go to higher court because we wanted the best wrestler to represent India and win a medal for the country," he said.