Injured Serena Williams pulls out of China tournaments with injury

The 22 time Grand Slam champion has won only one Slam this year -- defending her title at Wimbledon. 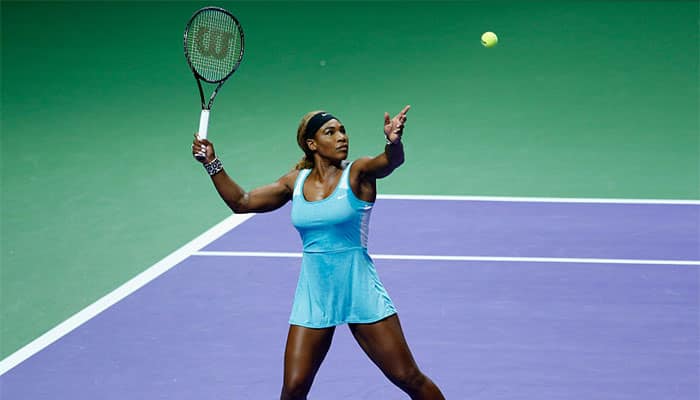 Hong Kong: Serena Williams announced Friday that she has pulled out of two forthcoming tournaments in China citing an ongoing shoulder injury.

"I am disappointed that I will not be able to compete at the Dongfeng Motor Wuhan Open or the China Open due to continuing issues with my right shoulder," Williams said in a statement.

"I have been practising and playing but my shoulder is still not fit for tournament play," she added.

Williams has not been seen on court since the US Open earlier this month, where she was knocked out by Czech Karolina Pliskova in the semi-finals and lost her long-held position as world number one to eventual champion Angelique Kerber.

The 22 time Grand Slam champion has won only one Slam this year -- defending her title at Wimbledon.

A shoulder injury then forced her to withdrawn from tournaments in Montreal and Cincinnati, and the same problem appeared to hamper her in Rio, where her hopes of a fifth Olympic gold medal were crushed in the third round by Ukraine`s Elina Svitolina.

But it was a sore left knee that she mentioned as a reason for her ousting at Flushing Meadows -- the second consecutive year the six time US Open champion had been knocked out in the semis.

Williams` chances of reclaiming the world number one spot -- which she held for 186 consecutive weeks, 309 weeks in total -- before the end of the season have now significantly diminished.

Meanwhile, Kerber -- who is due to play both Wuhan and in Beijing -- looks set to cap a glittering year at the top of the rankings.

The German, 28, reached her first Grand Slam final in Australia at the beginning of the year -- and won it.

She also made it to the final at Wimbledon, before taking her second Grand Slam crown -- and the top world ranking -- at the US Open.The rest of the veteran American`s season was already in doubt when she left Flushing Meadows.

She said then that left knee problems had affected her game -- as much mentally as physically -- and she wasn`t sure about her schedule for the rest of the year.

In 2015, the emotional anguish of a semi-final exit -- which denied her a rare calendar-year Grand Slam -- also saw her cut short her season after the US Open.

This year, Williams` coach Patrick Mouratoglou acknowledged that a season with just two titles -- even if one was Wimbledon -- wasn`t up to her standards.

Williams has made no secret that her priority is winning Grand Slams -- she has 22 trophies to her name, a record she shares with Steffi Graff.

To that end, she has played only eight tournaments this year -- to Kerber`s 20 -- hoping to keep herself injury-free for the Slams.

But Williams is aiming to return to court for the year-ending WTA Finals in Singapore at the end of October.

"I am focused on getting ready to compete at the WTA Finals in Singapore," she said Friday.

She missed the season finale last year but has won it five times in nine appearances.