If a cursory glance across their recent record is anything to go by, there is absolutely nothing differentiating Pakistan and West Indies, two sides who have been the carriers of the “unpredictable” tag for way too long. For starters, Pakistan are coming into the World Cup with probably the worst record by any team. They have faced defeats in their last ten ODIs. 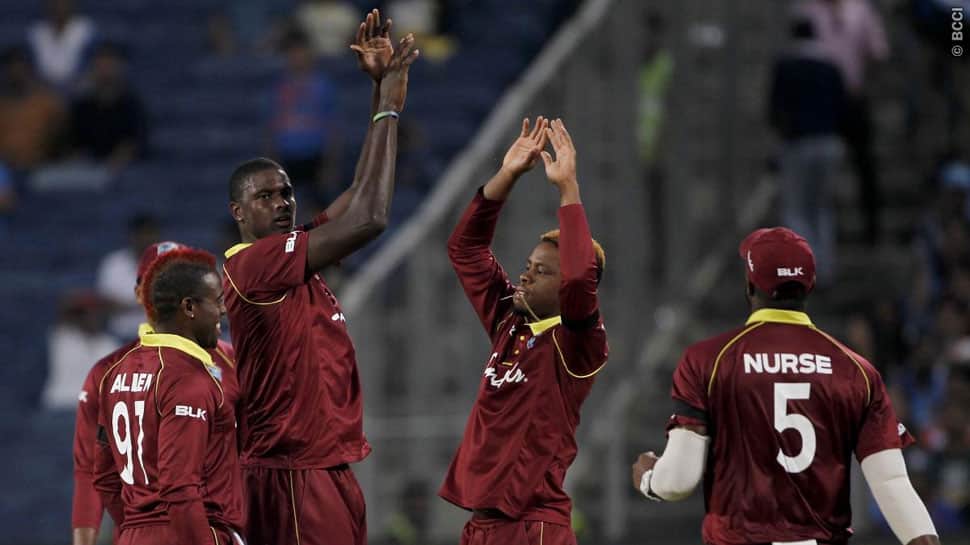 NOTTINGHAM: If a cursory glance across their recent record is anything to go by, there is absolutely nothing differentiating Pakistan and West Indies, two sides who have been the carriers of the “unpredictable” tag for way too long. For starters, Pakistan are coming into the World Cup with probably the worst record by any team. They have faced defeats in their last ten ODIs.

On the other hand, of their last five games, West Indies have won two and lost three, including the final of the tri-series to Bangladesh. Pakistan then became the first side to score three 300-plus totals, all in losing causes, while West Indies have put scores of 389, 381, 360 and 331 in their last ten ODIs. Whom do you pick? Perhaps the warm-ups. Pakistan were shaken up by a defeat to Afghanistan while West Indies hammered 421 runs against a side like New Zealand, whose quicks have troubled the best. Even then, we wouldn’t pick an outright fest.

The pattern to big scores may not end on Friday either. Trent Bridge has historically been a batsman’s delight. Pakistan captain Sarfraz Ahmed may have jokingly pointed that even 380 is chaseable on this surface, but you couldn’t help but wonder if he actually meant it. Similarly, Shai Hope stated he fancied the idea of West Indies becoming the first team to score 500. Why not?

Speaking of Hope, he remains the glue around which the West Indies’ batting will revolve. He has been in prolific form over the last eight months, his numbers standing out. Hope has accumulated 470 runs at 94.00. He recorded two fifties and two centuries, one of which was a match-winning 170 against Ireland in Dublin. Then there is Chris Gayle, who would want to sign off from international cricket on a high. The elements are there, West Indies need to execute. But while batting has clicked, both teams tussle to fine tune their bowling. Pakistan conceded a total of 1424 runs in the four matches against England and will need to come up with ideas to stop West Indies’ marauding batting.

Pakistan and West Indies may not be anyone’s favourites. Not because they haven’t won a World Cup in almost two decades, but mostly because both teams struggle to get rid of those little predicaments they face. But a resurrection can never be ruled out. No one gave Pakistan a chance in the 2017 Champions Trophy. They won it. As for the West Indies, “dark horse” might as well be a better tag. With Andre Russell coming into his elements and the inspiring Jason Holder leading the team with immense confidence, watch out for the possibility of a West Indies trumpet blowing loud.

What: Pakistan vs West Indies

Temperature: It rained in Nottingham Wednesday evening but despite the overcast conditions on Thursday, the city remained dry. A similar forecast is expected for Saturday.

Pakistan have a fully fit squad of 15 to choose from. It is expected that both Shoaib Malik and Mohammad Hafeez get to play considering the significant amount of time they spent in the nets. Shadab Khan is likely to partner Imad Wasim in the spin department.

With the kind of pace battery West Indies possess, they should go all out, expecting Shannon Gabriel, Oshane Thomas and Kemar Roach to make the most of the overcast conditions and trouble the Pakistan batsmen with swing. The batting line-up should be similar to the one that helped West Indies beat New Zealand comprehensively three days ago.

– In his last six ODIs against West Indies, Babar Azam has tallied 514 runs

– Shai Hope has scored 1132 runs in 17 innings which includes five centuries, while averaging 80.85

– Holder is the only other captain to have led his side in World Cup 2015 as well. Eoin Morgan was the other one

“If you look at our batting line-up, you see can the firepower. We’ve a good blend of experience and youth and we’ve showed glimpses we can be a very dangerous team.” – Jason Holder, West Indies captain