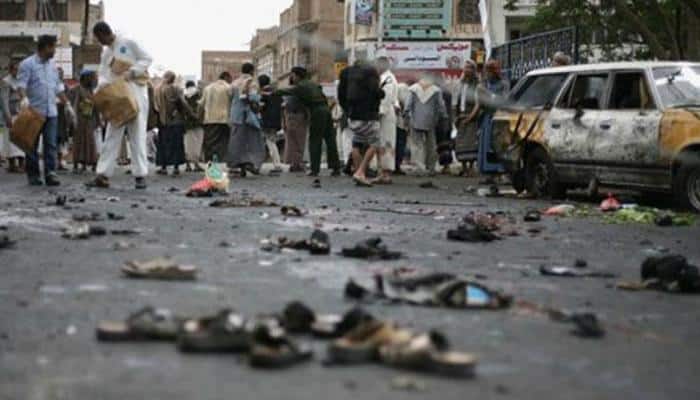 The force of the blast shook the Khor Maksar area of Aden, the temporary capital of the internationally recognised government of President Abd-Rabbu Mansour Hadi.

At least 25 Yemenis were killed when Saudi-led coalition aircraft struck a market in the northern Saada province, a local health official said on Sunday. 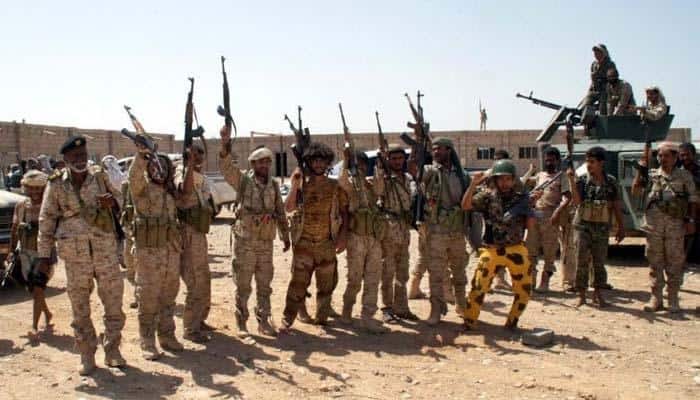 The assault near the town of Baddah in oil-producing Hadramout province came after a lull in attacks by the Islamist militant group.

US forces killed seven AQAP militants through a combination of small-arms fire and precision air strikes.

A suicide bomber killed at least five soldiers in an attack on a military camp in Yemen's southern city of Zinjibar.

The Saudi-led coalition killed at least six civilians and wounded several others in air strikes on Yemen`s northern province of Saada on Monday, residents and rescuers told Xinhua news agency.

12 killed in Saudi-led airstrikes in Yemen

The victims were hit in the Akawah area, saying "it was the latest in a series of barbaric airstrikes targeting civilians by the US-backed Saudi air aggression." 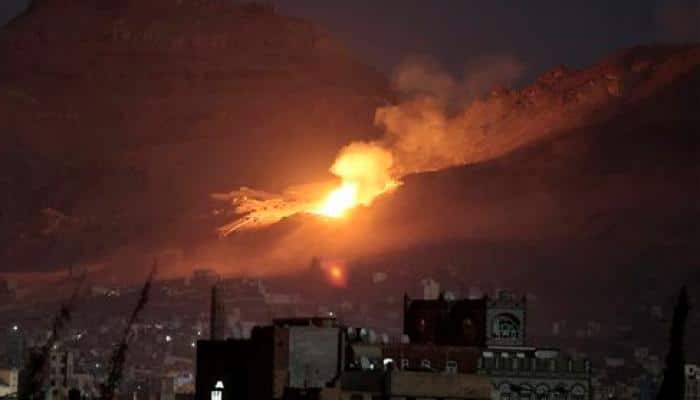 A car laden with explosives blew up near the headquarters of Yemen`s central bank in the southern city of Aden on Saturday and five people were injured, local security sources said.

Talks aimed at ending Yemen`s war opened in Kuwait on Thursday, with Kuwait`s top diplomat appealing to both sides to "turn war into peace" after more than a year of conflict which has killed more than 6,200 people and caused a humanitarian crisis.

A suicide bomber killed at least four people on Tuesday in an explosion in the southern Yemeni port of Aden targeting young army recruits, witnesses and a security source said, the second attack of its kind in two months.

Fighting broke out north of Yemen`s capital and in the centre of the country on Sunday, killing more than 20 people, hours before a planned halt to the fighting aimed at facilitating talks to end the year-long war. 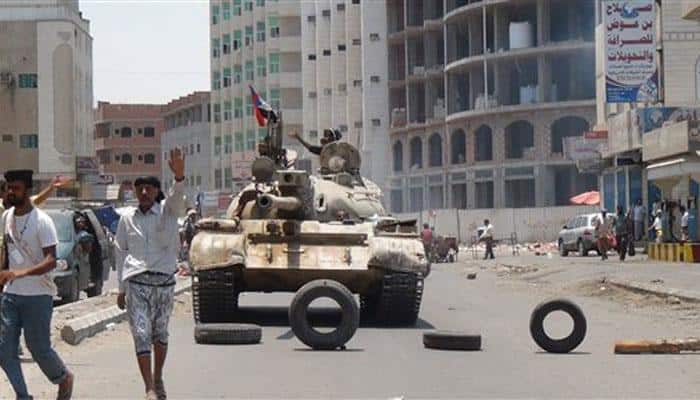 Yemen's government dismissed as a "manoeuvre" on Thursday the Houthis' acceptance of a UN-sponsored peace plan and demanded that the Iran-backed group hand back territory it has seized since last year.

Aircraft from a Saudi-led coalition attacked Yemen`s interior ministry in the capital, Sanaa, late on Friday and launched several other raids on sites in the heart of the city, residents and other sources there said.

The United Nations envoy to Yemen will return to Saudi Arabia to meet with members of the exiled Yemeni government after it pulled out of U.N.-mediated peace talks with its Houthi adversaries, the U.N. press office said on Monday.

Yemen`s exiled government said on Sunday it would no longer attend UN-mediated peace talks with its adversaries the Houthis, dealing a big blow to efforts aimed at ending over five months of civil war.

An air strike by a Saudi-led coalition killed 36 civilians working at a bottling plant in the northern Yemeni province of Hajjah on Sunday, residents said.

Fighters loyal to Yemen`s deposed president seized about 10 southern villages from Houthi forces on Tuesday, maintaining momentum in their offensive a day after capturing the country`s biggest air base, residents and loyalist sources said.