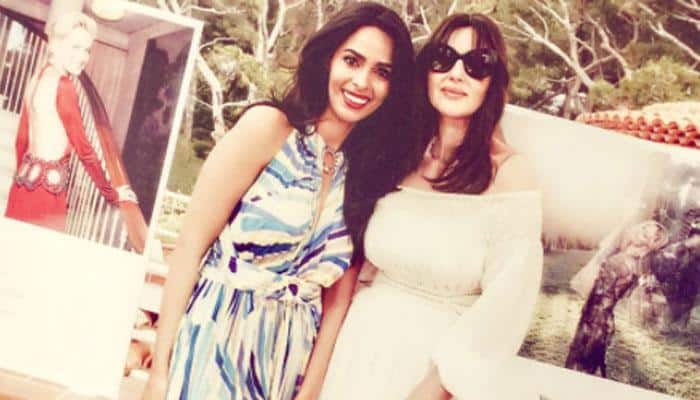 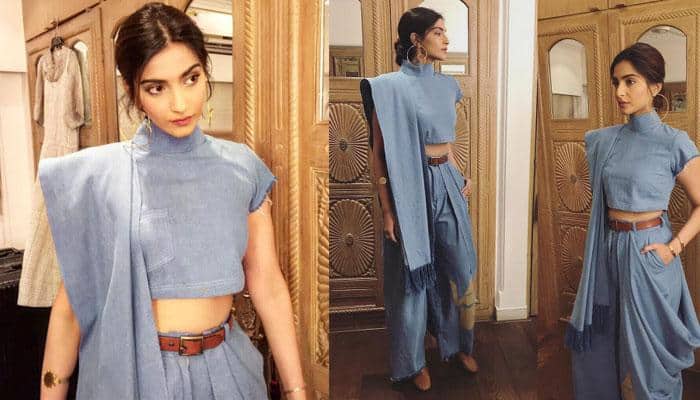 Bollywood actress Sonam Kapoor, who has stepped into the business field along with her sister Rhea Kapoor to launch high street fashion brand Rheson, says a creative business like fashion is riskier as compared to a business of things for daily needs. 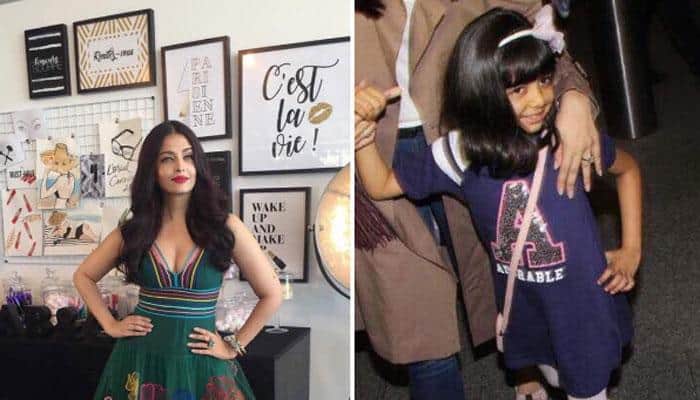 Recently Aishwarya Rai Bachchan walked the red carpet at Cannes 2017 and looked like a beautiful dream in stunning gowns. But little did we know that Mommy Aishwarya got some major competition to deal with at Cannes by none other than her 5-year-old daughter Aaradhya. 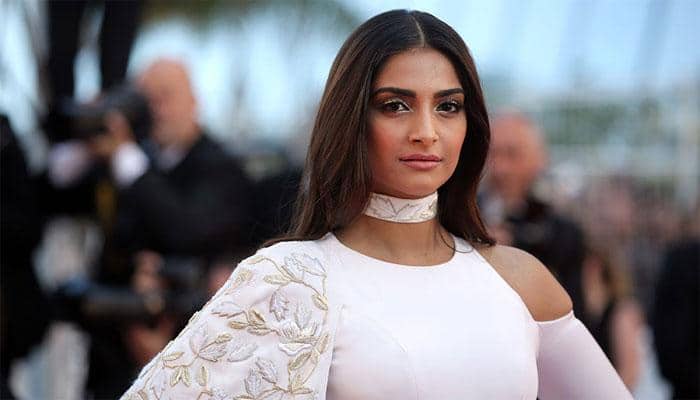 Actress Sonam Kapoor said Indian producers are reluctant to take their movies at international festivals as they feel the "festival film" tag can hamper its commercial success in the country. 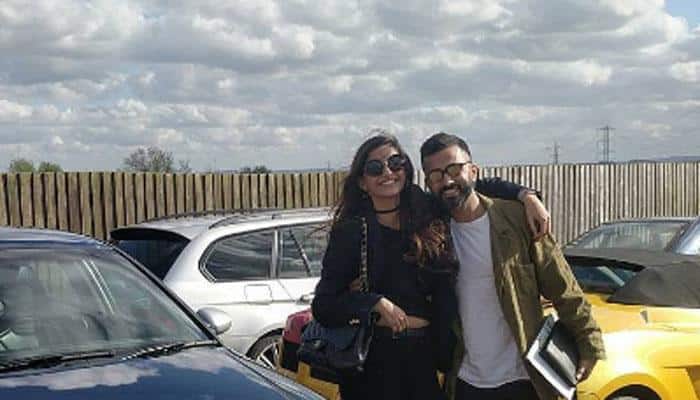 Sonam Kapoor's rumoured beau Anand Ahuja reacts to one of her Cannes 2017 look and it's unmissable!

Sonam Kapoor recently walked the red carpet at Cannes Film Festival 2017 and turned quite a few heads with her EllieSaab look, on both the days. Everybody was in an awe of the actress's appearance on the event but quietly cheering for her from the crowd was Sonam's love interest, Anand Ahuja. Recently Sonam's sister Rhea Kapoor, who also styled her for the red carpet posted a picture and the he couldn't help but comment on her post. He also took the Instagram to post a picture of Sonam from Cannes 2017 and the caption of which definitely hints towards something. 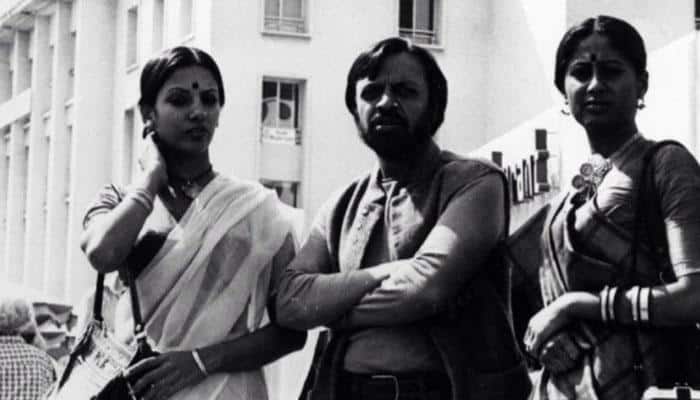 Shabana Azmi shares throwback pictures from Cannes, when it was not about 'clothes' but 'films'! 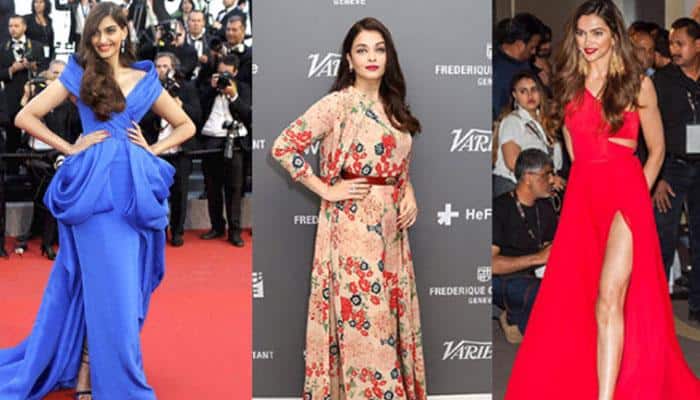 Indian beauties cast their spell at the Cannes 2017 red carpet and left everyone mesmerised by their stunning outfits and charming persona. Deepika Padukone who walked the red carpet on May 17 and 18, stole a million hearts. Next in the line was Aishwarya Rai Bachchan who looked nothing short of a princess and showed everyone how it's really done. But the ultimate show stopper was Sonam Kapoor who never fails to impress people by her style. 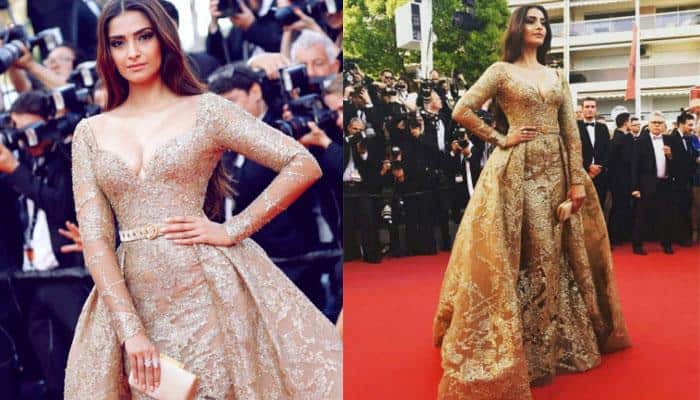 The much talked about and revered international film festival, Cannes is running in its full glory. The festival which kicked off on May 17 this year will last until the 28th of this month. This year saw not one but three Bollywood beauties walking the red carpet for cosmetics giant L'Oreal. 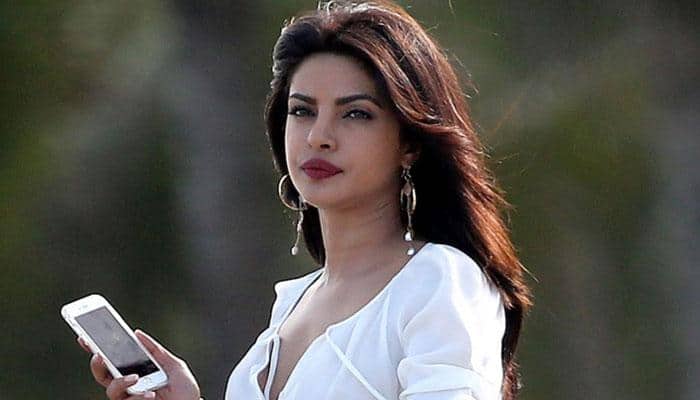 Cannes, May 22 (PTI) Actress Priyanka Chopra is producing her first Sikkimese film "Pahuna" and its poster has been unveiled at the ongoing Cannes International Film Festival. 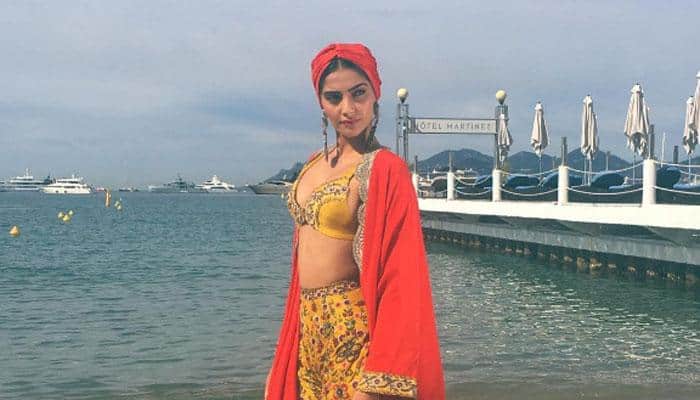 Sonam Kapoor's Cannes Day-2 look is all about bringing Jasmine to life: Check out the pics!

Sonam Kapoor- the fashionista of Bollywood never fails to impress people when it comes to style. Yesterday she was seen rocking an Ellie Saab gown and looked nothing short of majestic as she walked the red carpet. And Sonam's day 2 look at Cannes is all about the drama and loud colors. She is seen wearing a custom made Anamika Khanna piece which is giving out a very trippy vibe. The red cape, the head scarf, and flare'y' pants all combined make for a winner outfit. 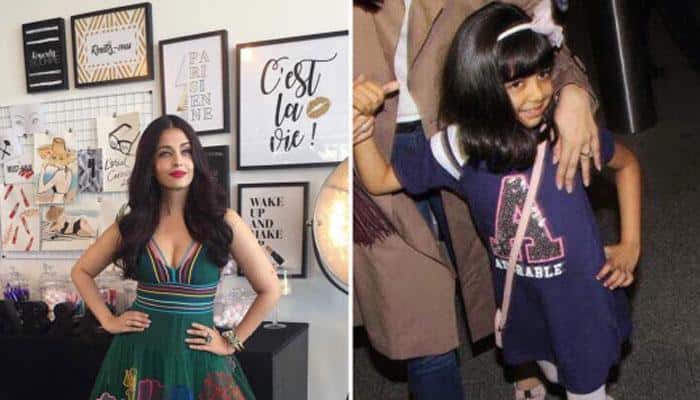 Aishwarya's five-year-old daughter accompanied her to the 70th Cannes Film Festival where the actress walked the red carpet as the brand ambassador for cosmetic brand L'Oreal Paris India. 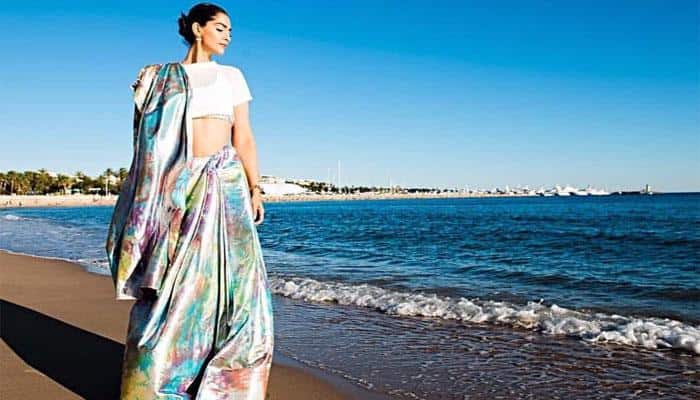 Her unicorn coloured saree has been designed by NorBlack NorWhite, a label created by Canadian-born designers Mriga Kapadiya and Amrit Kumar. 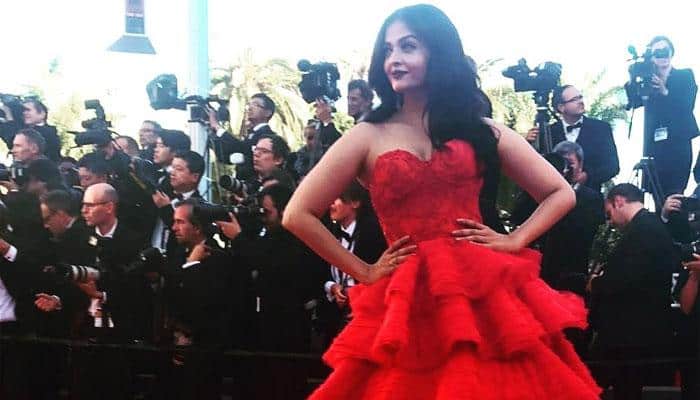 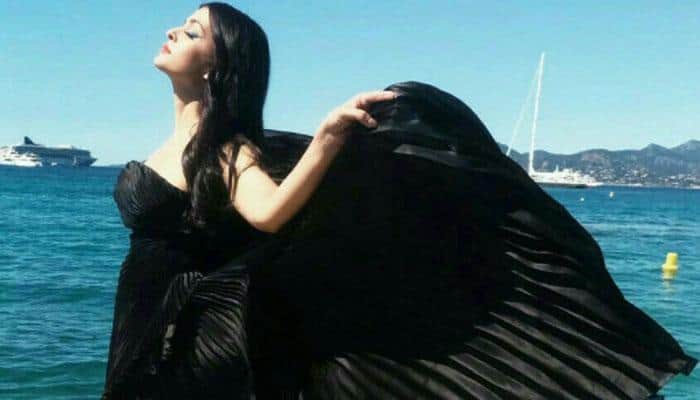 The 70th Cannes Film Festival is currently running in all its glory with a bevy of international stars walking the red carpet. Aishwarya Rai Bachchan, who has been a Cannes regular for 15 long years, made a stunning princess like presence on the red carpet on May 19, 2017. Abhishek Bachchan is one doting husband and indeed there is no doubt in that. Recently Aishwarya Rai Bachchan walked the red carpet at Cannes Film Festival 2017 and husband Abhishek is as mesmerised by her look as we are. 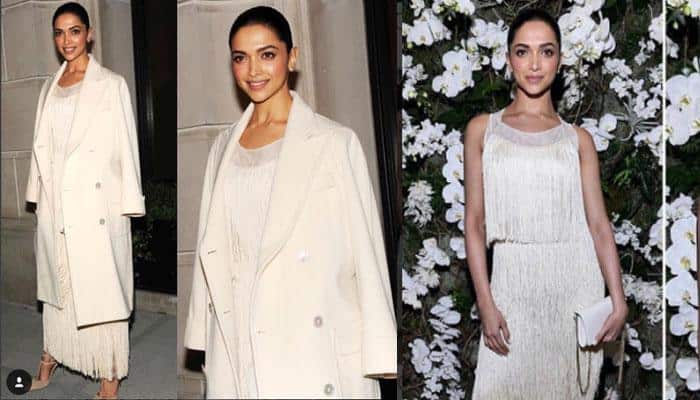 Bollywood actress Deepika Padukone says though Indian cinema has gone beyond song-dance saga, for a large international audience it is still about the cultural reflection of larger than life characters. 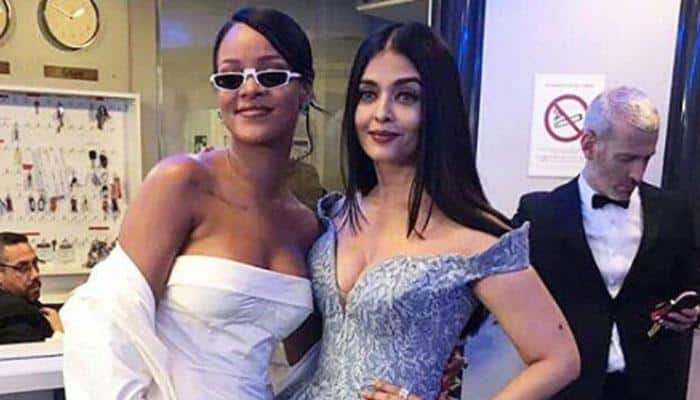 Cannes 2017: Aishwarya meets Rihanna and the moment calls for a FREEZE FRAME!

The Cannes 2017 is hogging all the limelight and for the right and glamourous reasons. Bollywood beauty Aishwarya Rai Bachchan, who is a Cannes veteran stunned the onlookers when she walked on the red carpet looking like a Disney princess in Michael Cinco gown. 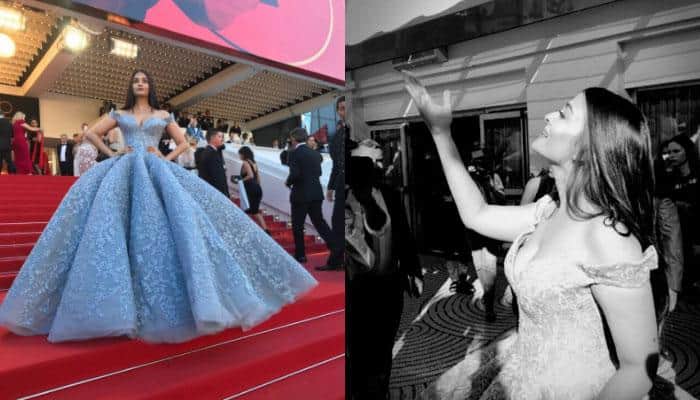 Cannes 2017: Aishwarya Rai Bachchan is the new Cinderella and her STUNNING look will leave you enchanted!

Bollywood beauty Aishwarya Rai Bachchan, who is better known as the most beautiful woman lived up to the high expectations everyone has from her at Cannes. The diva on her Day 1 changed not one but three outfits and slayed it bang on! 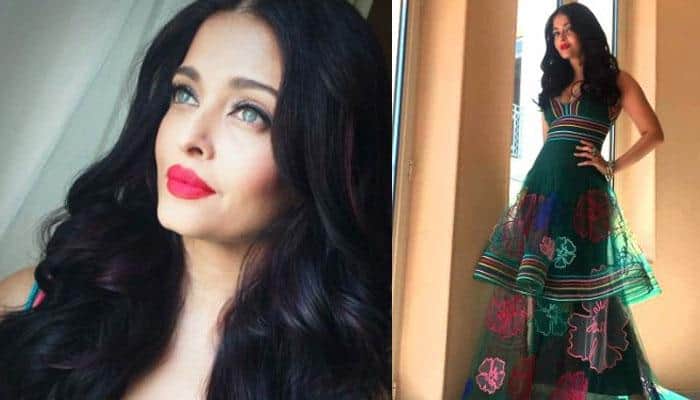 A Cannes veteran Aishwarya Rai Bachchan has been a part of the renowned film festival for last 15 years. The association has been more than a decade old and obviously every time she makes her way to the big event, all eyes are on her. 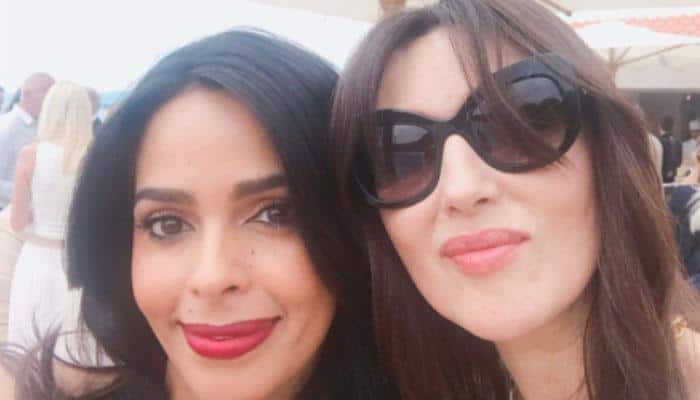 The prestigious Cannes Film Festival has begun amid much pomp and glory. Besides, Bollywood diva Deepika Padukone slaying it at the red carpet, another B-Towner who sizzled at the French Riviera was none other than Mallika Sherawat.