Obama's message on tolerance was 'universal': US ambassador

Days after the US President made a strong pitch for religious tolerance during an address here, US Ambassador to India Richard Verma on Friday downplayed that it was a subtle message to India, saying Barack Obama's message was "universal" and he was speaking as much for American people as for Indians.

Upping its ante on Kashmir, Pakistan on Thursday said resolving the long-standing issue was "pivotal" to the regional peace and security as it called on the international community for a "sustainable and lasting solution" to the dispute. 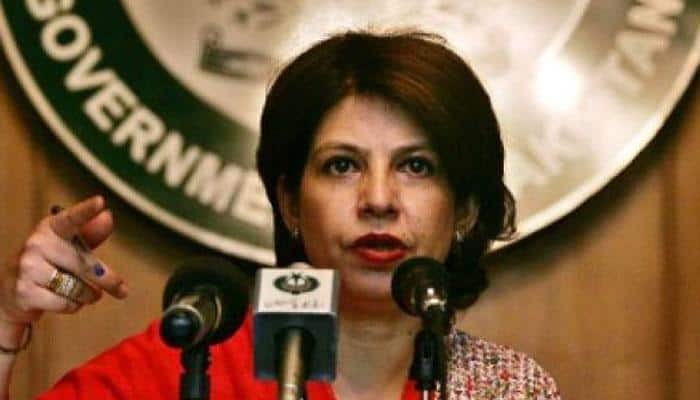 Pakistan Thursday reiterated its opposition to grant a permanent seat on UN Security Council to India and insisted on reforms to make the forum more democratic.

Strategic imbalance to rise due to Indo-US defence ties: Pakistan

Pakistan on Thursday voiced concern over increasing defence cooperation between India and the US saying it would "only add to the conventional asymmetry and strategic instability" in South Asia. 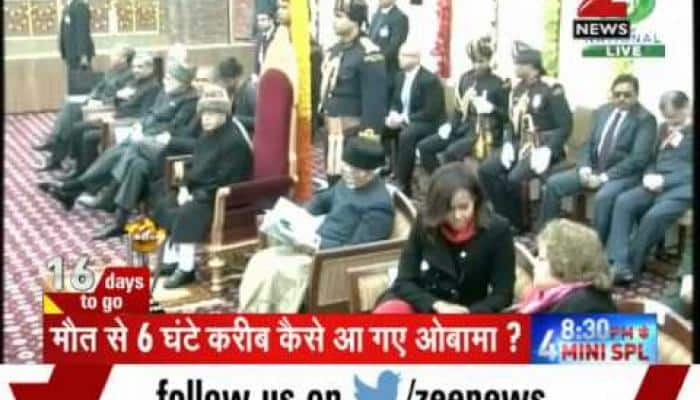 The Bharatiya Janata Party (BJP) on Wednesday dismissed the interpretation of US President Barack Obama's Town Hall speech by rival parties, stating that a negative analysis of the visiting leader's words is of no consequence.

"Awesome hospitality," was how US President Barack Obama described his stay at ITC Maurya, which hosted him and his wife Michelle during their second visit to India. 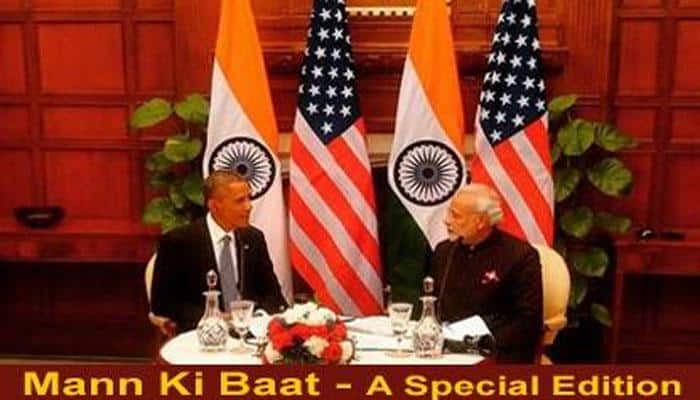 A pre-recorded special radio programme featuring US President Barack Obama and Prime Minister Narendra Modi was aired on Tuesday night, during which the two leaders agreed that they had been blessed with an extraordinary opportunity to serve their respective nations, despite their humble beginnings. 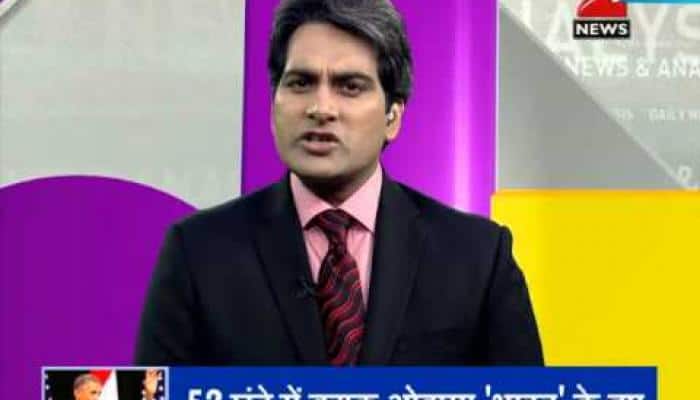 US President Barack Obama who was on a three-day visit to India surprised everyone when he mentioned one of Shah Rukh Khan’s popular dialogue from Dilwale Dulhaniya Le Jayenge.

DNA: How Obama, Modi keep themselves fit despite little sleep

Zee News' DNA analysed the sleeping pattern of some leaders from around the world that includes US President Barack Obama, who sleeps 5 hours in a day and Prime Minister Narendra Modi, who sleeps o 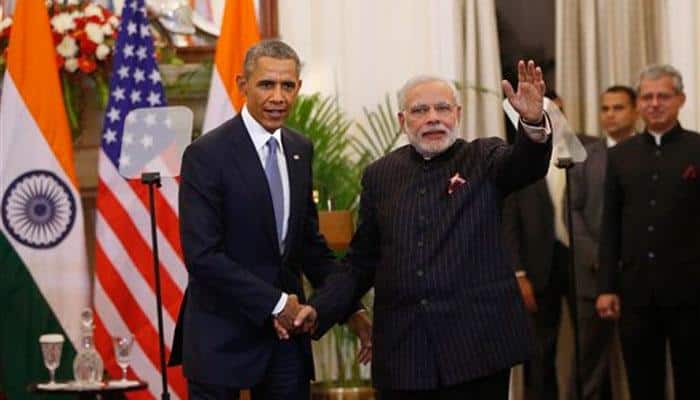 Whether it is his almost impeccable style of greeting audience with 'Namastey' or his attempt to quote Shah Rukh Khan's famous line from a blockbuster, US President Barack Obama on Tuesday left the Indian audience completely mesmerised. 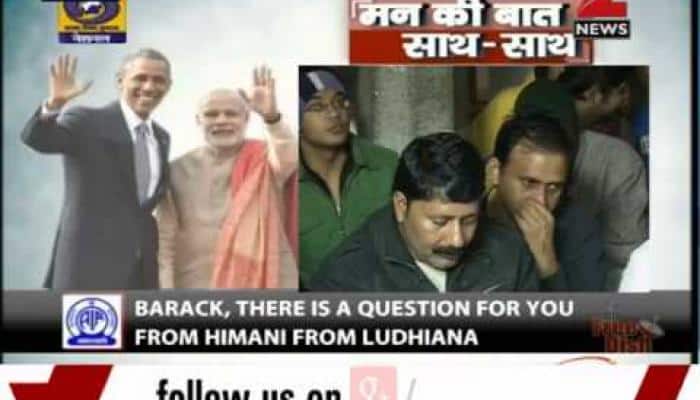 Continuing with his tradition of communicating directly with the countrymen, Prime Minister Narendra Modi on Tuesday addressed the nation through his monthly radio address titled 'Mann ki Baat'. 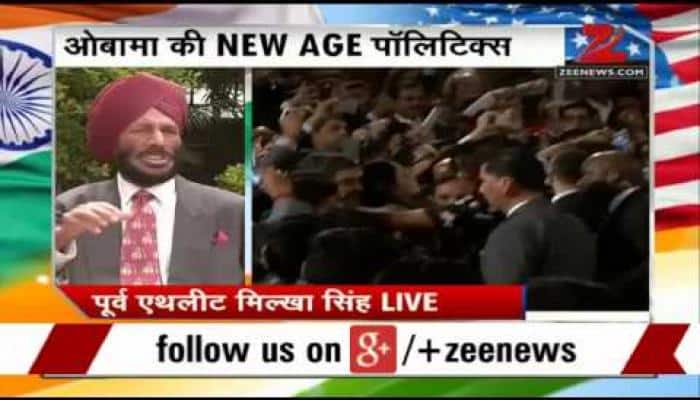 Milkha Singh thankful to Obama for mentioning him in his speech 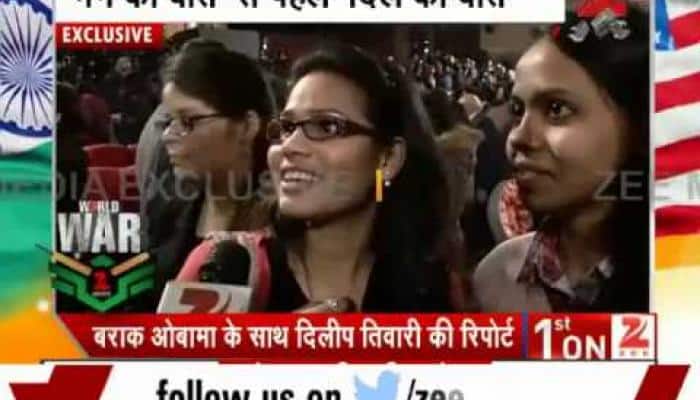 US President Barack Obama addressed a gathering at Siri Fort in Delhi on Tuesday. 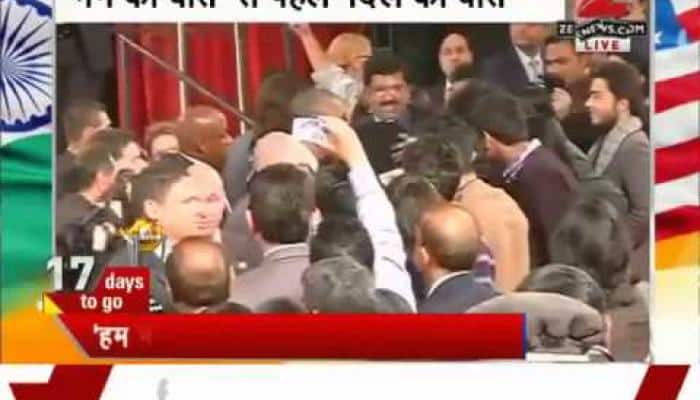 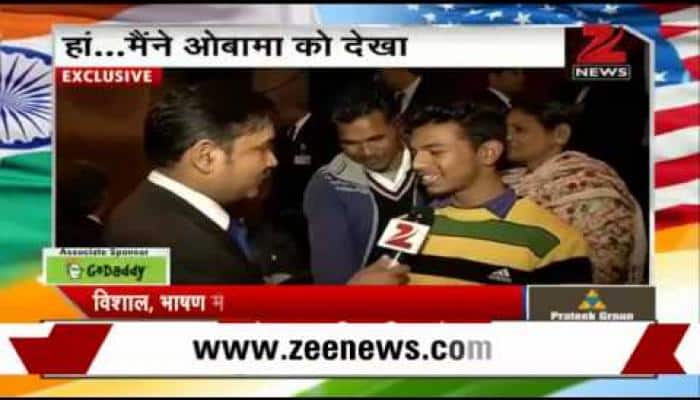 Prez Obama introduces Vishal, whom he met at Humayun's Tomb in 2010

President Barack Obama introduced Vishal, 16, son of a manual labourer, who they met at Humayun's Tomb during their last visit to India in 2010.

Offering help in the adaptation of climate change, American President Barack Obama Tuesday said unless countries like India embrace cleaner fuel world does not stand a chance against climate change.

Prime Minister Narendra Modi on Tuesday said he presented US President Barack Obama a set of recordings from American singer Marian Anderson's visit to India in 1957.

As US President Barack Obama left India, Prime Minister Narendra Modi on Tuesday said his visit has taken the bilateral relations to a new level and opened a new chapter.

Not threatened by India's Rafale jet acquisition, ready for any aggression: Pakistan