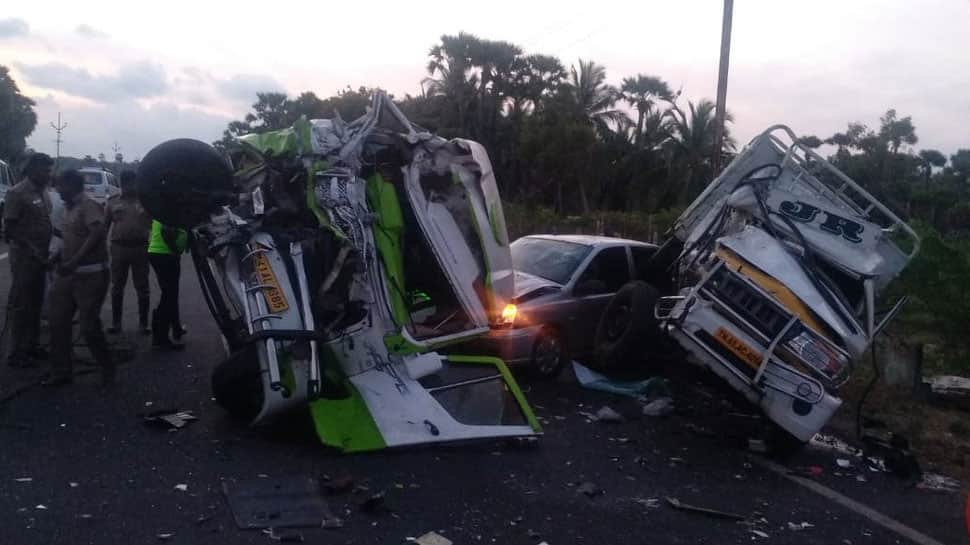 CHENNAI: At least two people were killed and 21 others injured after three vehicles collided near Uchipuli in Tamil Nadu’s Ramanathapuram district, said reports on Tuesday.

The incident took place in the early hours of Tuesday.

Top district officials have reached the accident site to take stock of the situation.

The injured have been rushed to nearby hospital for treatment. It is not yet known as to what caused the accident.

The identity of the deceased persons is being ascertained.

Meanwhile, in a bus accident in Umred in Maharashtra's Nagpur, at least five people were killed and 10 others injured after it collided with another vehicle.

Passengers travelling through the route and the others who were injured in the accident were rushed to Umred Rural Hospital.

The local police rushed to the spot to bring the situation under control.

The bus reportedly collapsed in the accident after the driver lost his control over his vehicle.

Three of the injured victims were transferred to Nagpur after their health condition deteriorated.