BJP-AIADMK-PMK combine will win 35 out of 39 seats in Tamil Nadu: Amit Shah

This is Shah's first visit to the southern state following the pre-poll alliance. 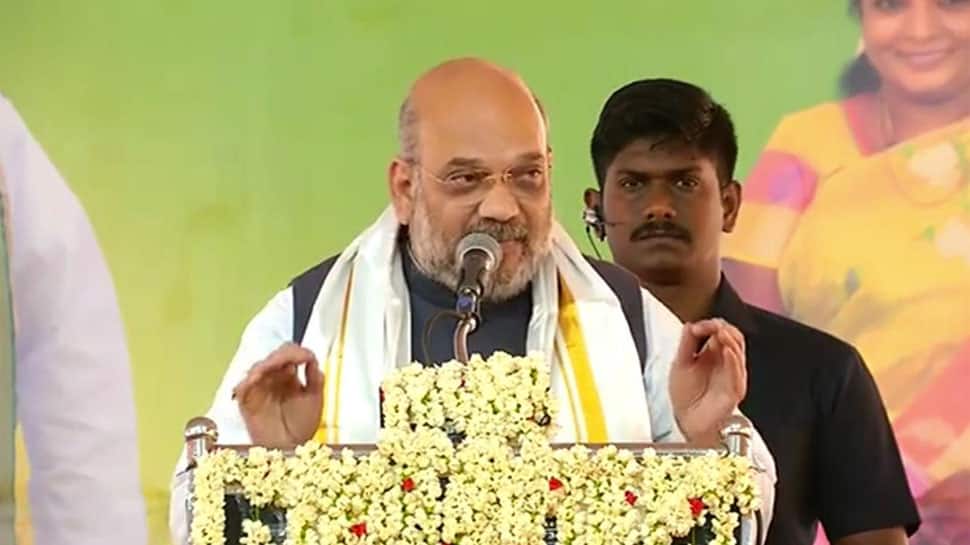 Shah, who's currently on a short visit to southern states ahead on upcoming Lok Sabha election 2019, addressed a public rally in Ramanathapuram, about 550 km from state capital Chennai.

“After our alliance with AIADMK and PMK, I am visiting Tamil Nadu for the first time, and I am confident this alliance will help the NDA win more than 35 seats in the state in the general elections,” he said.

He added that the Prime Minister Narendra Modi-led government will not let the sacrifice of 40 CRPF troopers to go in vain.

“Among those killed were two bravehearts from Tamil Nadu - G.Subramanian and C.Sivachandran,” he said, adding that the government has zero tolerance towards terrorism.

Earlier this week, BJP finalised its seat-sharing pact with AIADMK and PMK for the upcoming Lok Sabha election. Out of 39 seats in Tamil Nadu, BJP will contest from five seats, PMK seven and AIADMK from the remaining seats.

This is Shah's first visit to the state following the pre-poll alliance.

He urged the party cadres to work hard so that the NDA can win all the 39 Lok Sabha seats in Tamil Nadu and one in Puducherry.

Shah said it is important for the country that Modi becomes Prime Minister again.

Do the people need a "leader or a dealer?" he asked.

"The Opposition just has dealers, but BJP has got a leader.Narendra Modi, one who can lead this country," he said.

Earlier in the day, he met BJP functionaries from 18 Lok Sabha constituencies and held discussions with them on the coming polls.

The meeting was held at the Subbulakshmi Lakshmipathy College of Science near here. BJP state unit president Tamilisai Soundararajan and other senior leaders L Ganesan and Vanathi Srinivasan were among those present on the occasion.

Bloodshed by soldiers in Pulwama will not go in vain: Amit Shah