Examinations of Madras University and Anna University scheduled for December 2 have been postponed in view of heavy rainfall forecast in the area. 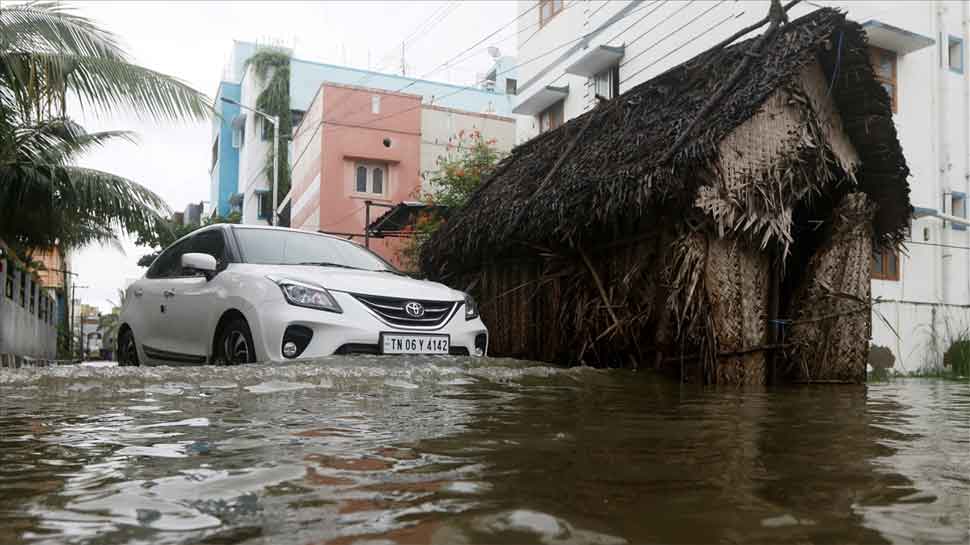 Chennai: Examinations of Madras University and Anna University scheduled for December 2 have been postponed in view of heavy rainfall forecast in the area. A holiday has also been declared for Monday in schools in Puducherry due to the same reason.

Meanwhile, RB Udhayakumar, Minister for Disaster Management, said that about 800 people from low lying areas in Cuddalore district have been evacuated after heavy rains."State Disaster Response Force personnel have been moved to Chennai, Kanyakumari, Nilgiri, Tiruvallur, Kanchipuram and Dindigul districts," he said.

Heavy rainfall for the past two days caused waterlogging in the residential areas of Muthuramalinga Thevar Nagar of Rameswaram on Sunday, disrupting normal life.

Speaking to ANI, Devi, a Rameswaram resident said, "There has been continuous rainfall in the area, because of which the residential areas are flooded. There is no help from the administration. We are living on the roads."

Another resident stated that the water had entered his house."After continuous rainfall for the last couple of days, the water has entered our houses. I cannot even go inside my own house. We are urging the administration to help us out in this situation," he said.

Six fishing boats were damaged after hitting the shore in the coastal area of Mandapam last night.

A flood alert has been sounded to villagers on the banks of the Sankarabarani river in Puducherry. The order was issued by the revenue and disaster management on Sunday as water was to be released from Veedur dam.

According to an IMD report, under the influence of an active easterly wave, extremely heavy rainfall is likely to take place at isolated places over Tamil Nadu, Puducherry, and Karaikal.