Major fire breaks out at Chennai's parking area, over 170 cars gutted in blaze 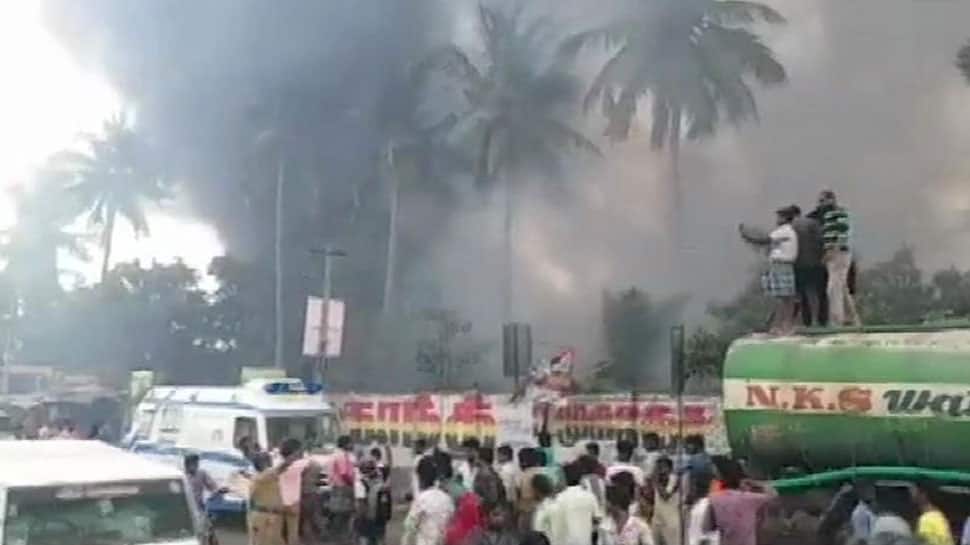 Chennai: More than 170 cars were on Sunday gutted in a major fire that broke out at Porur ground in Tamil Nadu. According to fire officials, as many as 176 cars were gutted in the blaze while 32 were saved from the fire.

According to a fire service official, some vehicles that had gas in fuel tanks exploded.

"The blaze is suspected to have been triggered after tall dried grass caught fire by a discarded smouldering cigarette butt," a suburban Fire and Rescue Services official told PTI.

Chennai: Fire breaks out at Porur ground where more than 250 cars were parked. According to fire officials, 214 cars have been gutted in the fire. The incident reportedly took place after dry grass caught fire. Police investigation underway. #TamilNadu pic.twitter.com/WO5E28UuXu

A complaint has been lodged and an investigation has been initiated.

The cars were parked "bumper to bumper" in close proximity and is suspected to have been one of the reasons for the blaze having spread so quickly.

The parking lot is situated bang opposite a large private sector medical college and hospital at suburban Porur.