Strive for AIADMK-led alliance's win in all seats in Tamil Nadu: PMK chief to workers

Of the 18 seats, 16 had fallen vacant following the disqualification of ruling AIADMK MLAs loyal to rival party leader TTV Dhinakaran. 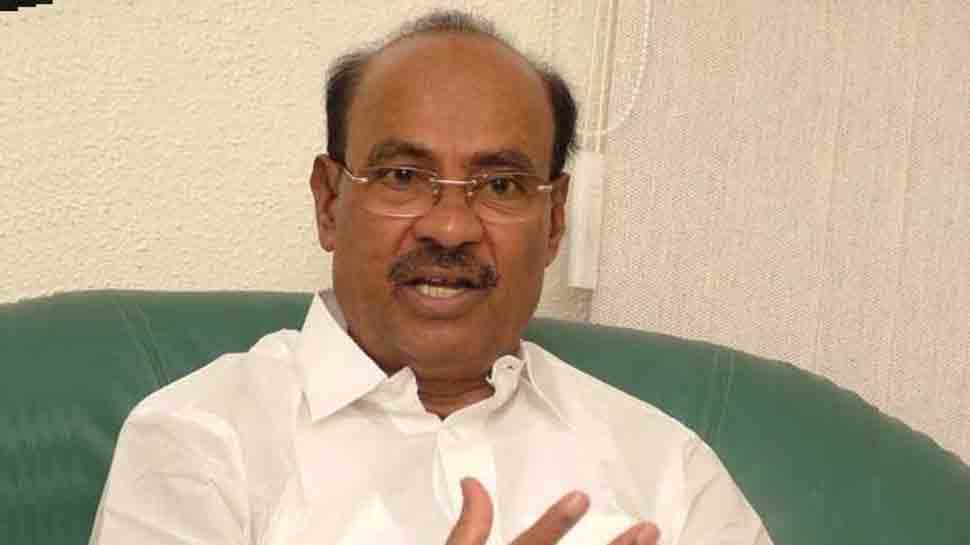 Chennai: PMK founder S Ramadoss Monday appealed to his party workers to strive for victory of the AIADMK-led alliance in all 40 Lok Sabha seats in Tamil Nadu and Puducherry in the April 18 elections, and also ensure the success of ruling party candidates in the Assembly by-polls.

People will face many hardships if the DMK-led alliance was voted in good numbers, Ramadoss said in a statement.

"It should be the foremost duty of PMK functionaries and workers to ensure the victory of the candidates of the AIADMK-led alliance in all the 40 Lok Sabha seats in Tamil Nadu and Puducherry," he said.

The AIADMK-led NDA alliance in Tamil Nadu had the BJP, PMK, DMDK, Puthiya Neethi Katchi and Puthiya Tamizhagam as its constituents, besides the AINRC in neighbouring Puducherry, he pointed out.

"Similarly, it is important (for the PMK workers) to make sure the AIADMK candidates won in the by-polls to 18 Assembly constituencies," he said.

The by-polls are considered crucial as it would have a bearing on the stability of the K Palaniswami-led AIADMK government which needs to win a sizeable number of them to retain its majority in the 234-member House.

Tamil Nadu Chief Electoral Officer (CEO) Satyabrata Sahoo had said on Sunday that by-elections to 18 Assembly seats would be held along with the Lok Sabha polls.

Bypolls were not scheduled for Tiruparankundram, Ottapidaram and Aravakurichi constituencies, which are also vacant, in view of election petitions pending in the Madras High Court.
Hitting out at the DMK-led alliance, Ramadoss said people will face many difficulties if the coalition was given a good mandate.

He alleged there would be instances of landgrab and "goons targeting biryani outlets and beauty parlours," among others, seen as veiled references to the DMK.

In the 2011 Assembly polls, late Chief Minister J Jayalalithaa, then in the Opposition, had made allegations of landgrab against the then ruling DMK leaders and Ministers a poll plank.

After the AIADMNK stormed to power in that elections, cases in this connection were filed against some DMK leaders including former Ministers including the late Veerapandi Arumugam.

Earlier, two DMK workers was suspended from the party for creating ruckus at a biryani outlet here and allegedly assaulting some of the employees, while a DMK functionary physically assaulted a woman inside a beauty parlour in Perambalur district in September last.

He was later expelled from the party.