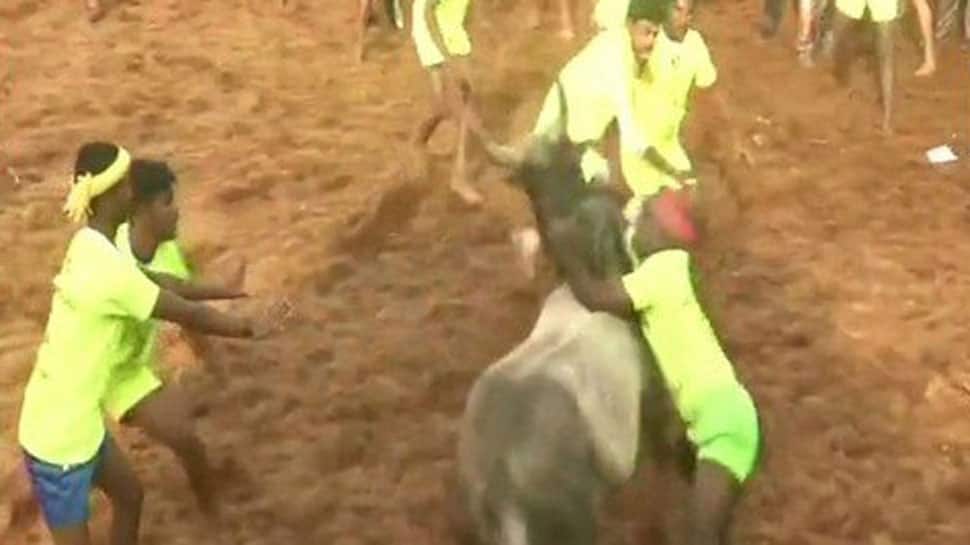 Chennai: Two participants died during a grand 'Jallikattu' (bull-taming) event in Tamil Nadu's Pudukottai district on Sunday. According to the district police, 31 men including some spectators were also injured during the event.

Last week, a spectator died of heart attack during the bull-taming sport of 'Jallikattu' which was held at Alanganallur in Madurai district.

Sunday's grand 'Jallikattu' event entered the world record for the maximum number of bulls released into the sporting arena which was over 1,300 and almost double than the previous record.

Although about 2,000 bulls were originally scheduled to be released into the sprawling sporting arena, it could not be completed owing to a paucity of time, the organisers said.

Tamil Nadu Chief Minister K Palaniswami hailed 'Jallikattu' as a symbol of the valour and courage of the Tamil people.