Considering it is not always practical to carry around a big clunky keyboard, Samsung has come up with an ingenious Selfie Type that aims to give the user the best of both worlds. 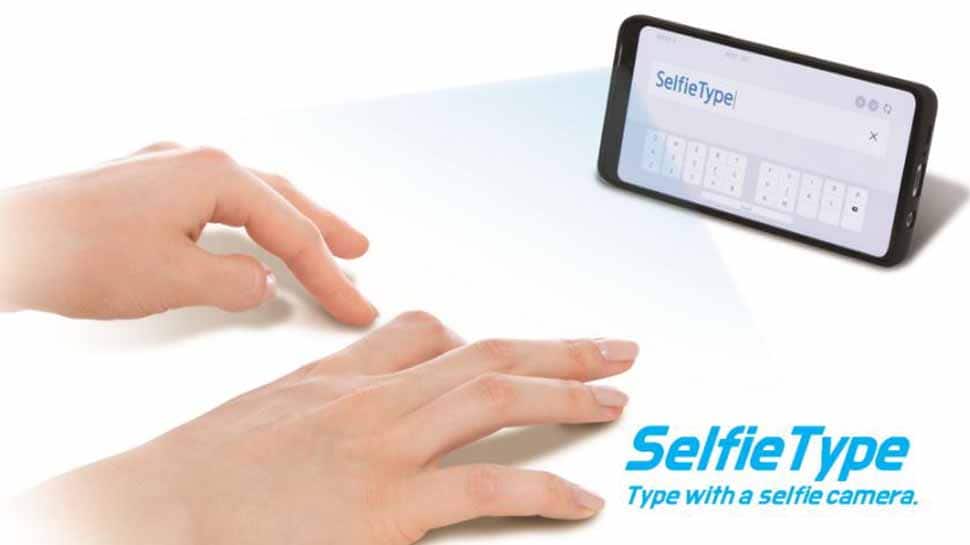 Washington D.C.: While smartphones seems to be the preferred choice for correspondences, yet it is tough to beat the charm of using a typewriter to write long mails and messages.

Considering it is not always practical to carry around a big clunky keyboard, Samsung has come up with an ingenious Selfie Type that aims to give the user the best of both worlds.

Samsung has just come up with an ingenious SelfieType that combines the phone`s front camera with Artificial Intelligence to track the movement of the fingers as the user types over an invisible keyboard that could even be a coffee table.

According to The Verge website, the SelfieType is still in its development stage and was showcased as a demonstration at the CES 2020, Las Vegas.

Nevertheless, it is still a fascinating concept that came out of Samsung`s very own Skunkworks, the C-Lab program.As Verge reported the SelfieType could prove to be a potent gadget if it works as smoothly as shown in its promo video.

Invisible keyboards do already exist that use laser projected keys, but they are most often slow, inaccurate and the projection units are quite bulky.

Front camera finger tracking sounds like an intricate technological feat to achieve and might require the user to keep their hands carefully at one place to function properly.

Many devices have tried to replace the humble keyboard without much success, but The Verge expects that maybe through AI, technologies similar to the SelfieType could be made usable and convenient in the near future.