Flipkart's Big Dussehra and Big Diwali sales may have ended but the e-commerce retailer is now offering amazing deals on some budget smartphones. One of these smartphones is Redmi 10. According to the Flipkart listing, the device is shown as having an MRP of Rs 14,999. Flipkart is claiming to have offered a discount of Rs 4,000, reducing the price of the smartphone to Rs 10,999. Flipkart is also offering 5 per cent cashback on Flipkart Axis Bank Card. The Flipkart Axis Bank card is a branded card and not available to the masses, but users can still get the Redmi 10 for just Rs 599. 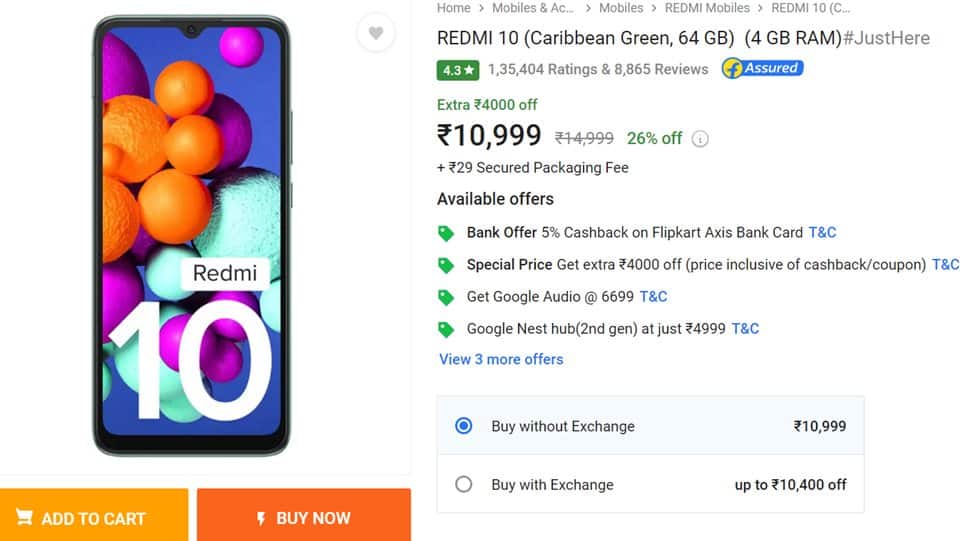