In 1927, the Belgian scientist first presented the academic papers that suggested the universe is expanding. 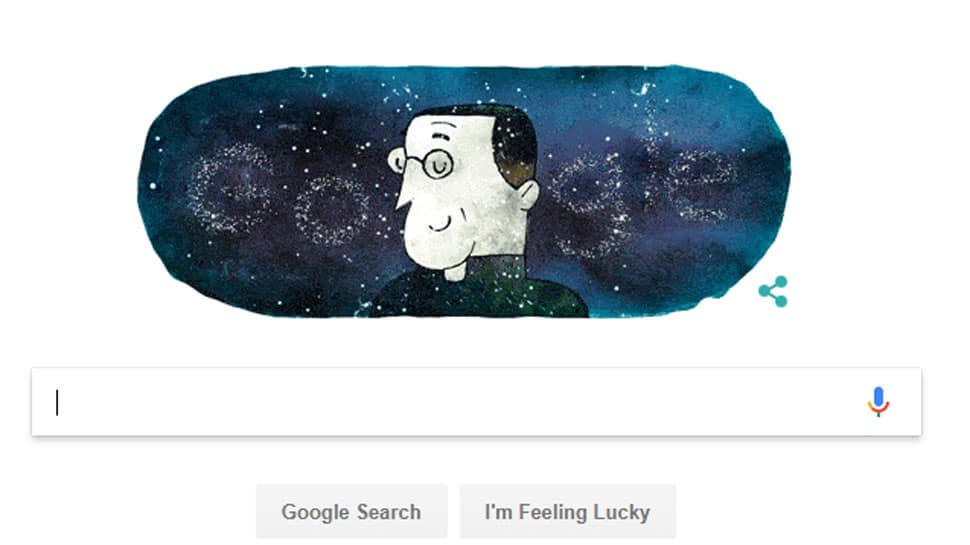 The universe is ever-expanding. This theory was first propounded by Belgian astronomer and professor of physics Georges Lemaître – the man honoured by Google in today's doodle.

Lemaître also proposed what has now become known as the Big Bang theory. His theory, derived from General Relativity and later known as Hubble's law, says that the universe began with an explosion of a single particle.

A contemporary of Albert Einstein,  Lemaître's theory was later confirmed by Edwin Hubble.

In 1927, the Belgian scientist first presented the academic papers that suggested the universe is expanding. It was initially dismissed by Einstein. Over the years, Einstein reportedly supported his theory and even applauded him.

Born on 17 July 1894,  Lemaître studied civil engineering at the Catholic University of Leuven. He later served in the Belgian army during the duration of World War I. Post war, he studied physics and mathematics and prepared for the diocesan priesthood. He was ordained a priest in 1923.

He later joined the University of Cambridge as a graduate student in astronomy. He also spent time in the Harvard College Observatory in Cambridge, Massachusetts.