Google has announced that it will be holding a Pixel Fall event on October 19 to unveil new Pixel 6 and Pro smartphones. 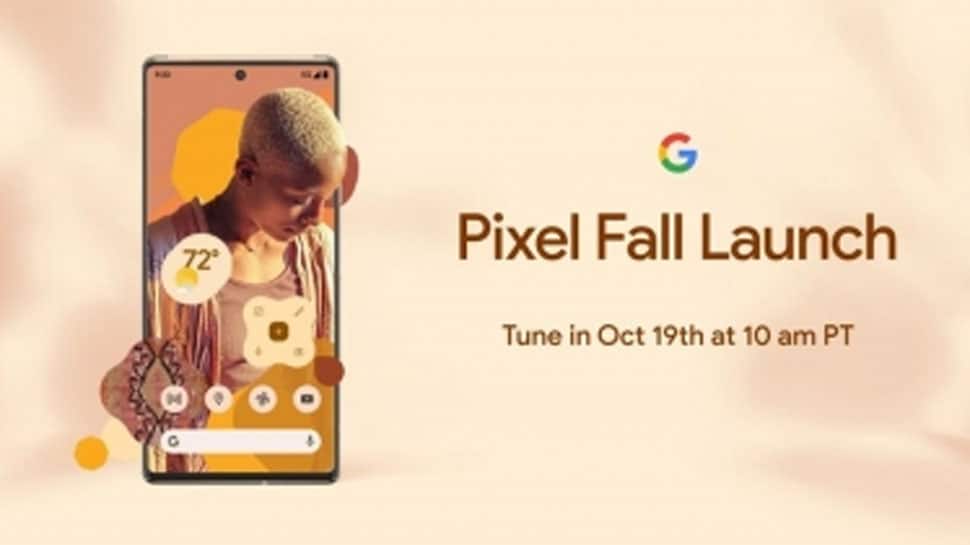 The US based search engine giant Google has announced that it will be holding a Pixel Fall event on October 19 to unveil new Pixel 6 and Pro smartphones.

The company announced the update on Twitter with a link to an interactive page where you can see the new user interface that the phones will bring.

Both Pixel 6 and Pixel 6 Pro will share the same main, ultrawide camera.

The devices will come with a 50MP Samsung GN1 main camera and a 12MP Sony IMX286 ultrawide camera. The Pro model will have a 48MP Sony IMX586 telephoto camera sensor with 4x zoom support, reports XDADevelopers. (Also read: Google to turn on 2-factor authentication by default for 150 million users)

For selfies, the vanilla Pixel 6 will have an 8MP sensor, whereas the Pro model will come with a 12mp Sony IMX663 sensor. The Pro model's front camera will offer two zoom levels: 0.7x and 1x.

As per the report, the primary camera will likely support 4K video @ 60fps with a maximum zoom level at 7X. While recording at either 4K or FHD @ 60fps enabled zoom up to 20X.

The Pixel 6 Pro is tipped to feature a display panel with a resolution of 1,440x3,120 pixels and 120Hz refresh rate. The smartphone is expected to come preinstalled with a digital car key application. (Also read: 'Twitchy, toxic and divisive': Facebook's Instagram problem implodes )

Under the hood, the smartphone will come with a Tensor chipset, paired with Mali-G78 GPU, up to 12GB of LPDDR5 RAM, and up to 512GB of storage.