Giving out all the colourful festive vibes, Google, on Thursday, dedicated its doodle to the festival of Holi celebrated across India. 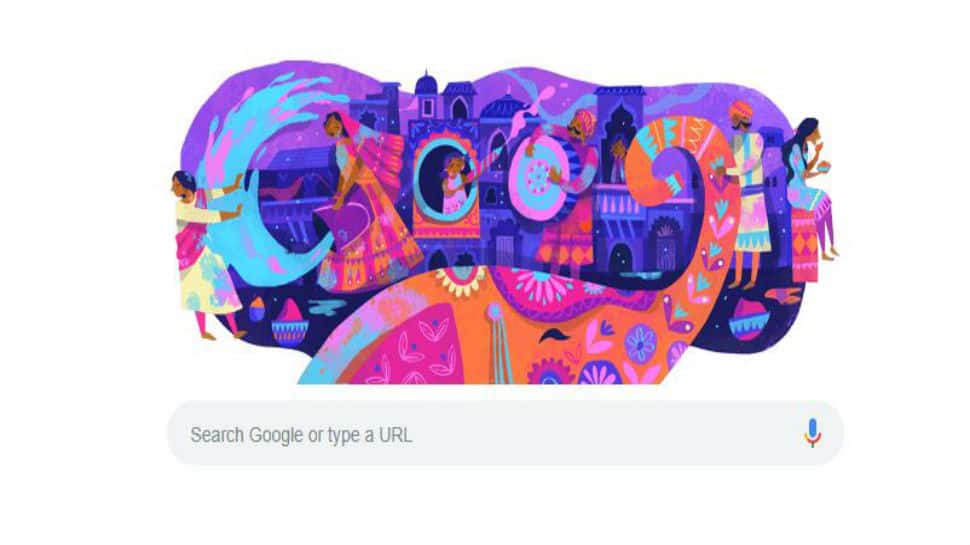 New Delhi: Giving out all the colourful festive vibes, Google, on Thursday, dedicated its doodle to the festival of Holi celebrated across India.

Splashing colours, music, food and lots of happiness, the Doodle, designed by Chennai-based artist Chaaya Prabhat, features everything that Holi stands for.

Also known as the festival of colours, Holi marks the end of winter and beginning of spring season. While it is predominantly celebrated in India and Nepal, the festival, these days, is widely celebrated in other Asian and Western countries owing to the presence of Indian diaspora in these regions.Celebrations begin a night before with Holika Dahan, wherein people perform religious rituals in front of a bonfire and pray for the destruction of evil, just the way Holika, the sister of the demon king Hiranyakashipu, was killed in the fire.

On the day of Holi, people smear each other with colours and hurl water balloons at one another. People are often seen engaging in celebratory dance to the beat of drums, thus furthering the spirit of togetherness. Festivities also include some lip-smacking sweets and savouries, as well as bhang- a customary drink made from cannabis.Be it Indian festivals or birth anniversaries of prominent figures of the country, Google Doodle has been consistent in marking the making significant days in the country by dedicating India-specific doodles in past.