WhatsApp has added the same new emojis to the latest WhatsApp beta for Android, which is 2.21.16.10. WhatsApp users who are a part of WhatsApp’s beta programme can now use the new emoji pack.

According to a report by WaBetaInfo, WhatsApp has added the same new emojis to the latest WhatsApp beta for Android, which is 2.21.16.10. WhatsApp users who are a part of WhatsApp’s beta programme are now able to use the new emoji pack. 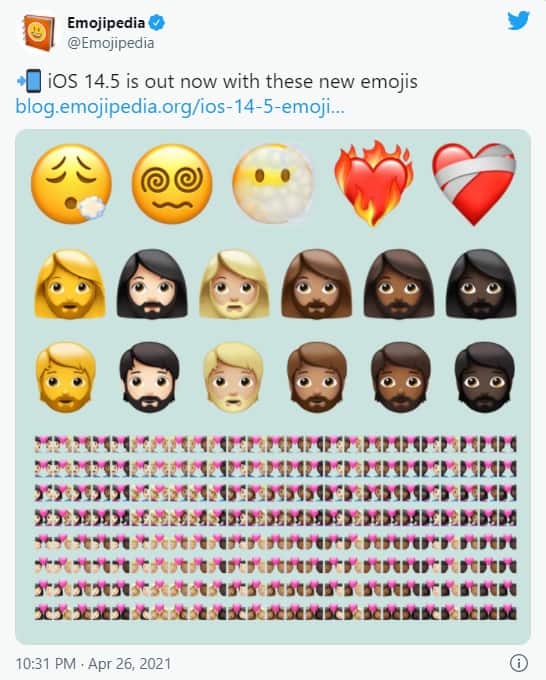 However, users who are not using the latest Beta build won’t be able to see the new emojis if you send them right away. Besides the Android Beta version of WhatsApp, Apple has also recently introduced the latest emoji pack with the iOS 14.5 update.

Besides the new emoji support, WhatsApp has been working on a lot of new features to make the messaging platform more exciting and simpler than ever before. For instance, the social media app recently launched the ‘disappearing messages’ feature on the app.

Separately, WhatsApp is also working the multi-device support, which will allow users to run the messaging app on multiple devices at once. Also Read: Have you booked Revolt Motors’ electric bike? Check important delivery update

Also in the works are encrypted backups which will ensure that all your conversations remain safe even when on the cloud. Currently, while our messages are end-to-end encrypted, the backups on the cloud aren’t secured with encryption. Also Read: THIS state to cover 8.5 lakh farming families under health insurance scheme