Major fire breaks out at expo grounds in Hyderabad; 2 persons admitted to hospital

At least two persons were admitted to hospital due to suffocation, ANI reported quoting officials. 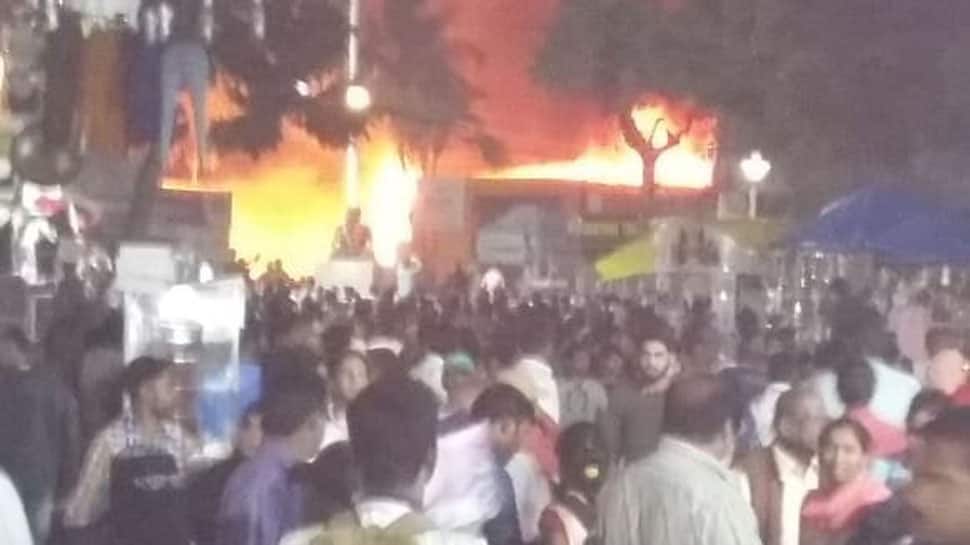 A major fire broke out at the Nampally exhibition grounds in Hyderabad, Telangana on Wednesday night, as reported by news agency ANI.

At least two persons were admitted to hospital due to suffocation, ANI reported quoting officials.

The fire broke out in a stall at the All India Industrial Exhibition. Fire tenders were rushed to the spot to put out the fire even as disaster response force of Greater Hyderabad Municipal Corporation was pressed into service, they said.

Around 35,000 people visited the stalls on Wednesday.

The fire started at around 8.30 pm and based on preliminary information, it was revealed that the blaze might have started due to short-circuit at a private bank's stall which spread to nearby areas, triggering panic among visitors.

Telangana Home Minister Mohammed Mahmood Ali said there was no loss of life and around 130 stalls were gutted in the incident. A thorough inquiry would be conducted into the matter, he said.

Twelve fire tenders and as many water tankers were rushed to the spot to put out the fire and teams of disaster response force of the Greater Hyderabad Municipal Corporation were also pressed into service, the officials said.

The fire was brought under control by 11 pm, they said.

GHMC Commissioner Dana Kishore said the visitors were safely evacuated in a coordinated manner and the situation is under control now.
Mahmood Ali, GHMC Mayor B Rammohan, Kishore along with senior officials from police and other departments were present at the spot and monitored rescue operations.

Eye-witnesses, many of them businessmen, said they suffered heavy loss of property due to the fire and claimed they had taken loans to set up the stalls. They demanded the government to extend financial assistance.

Organising Committee of the Exhibition Society had earlier said around 2,500 stalls of various products will be set up at the Nampally exhibition grounds.