Telangana is taking all the precautions to tackle entry of swarms of locust. Fire engines, jetting machines and pesticides were being sent to the entry point areas on Maharashtra-Madhya Pradesh-Chhattisgarh borders. 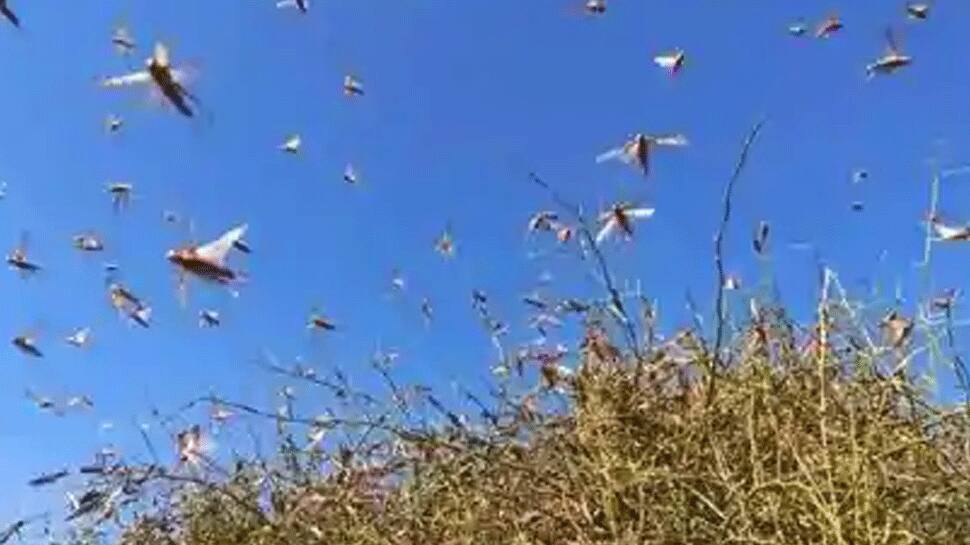 Hyderabad: Telangana is taking all the precautions to tackle entry of swarms of locust. Fire engines, jetting machines and pesticides were being sent to the entry point areas on Maharashtra-Madhya Pradesh-Chhattisgarh borders.

A five-member committee has been appointed to keep a tab on the movement of the group of locusts and to monitor measures to prevent the Locusts swarms entering the state.

A detailed review meeting was held in Hyderabad today under the leadership of the Chief Minister K. Chandrasekhar Rao which was also attended by top officials and experts. The entry of swarms of locusts in the country, their travel pattern, impact and other related issues were studied and discussed.

The locusts group that entered the country from Rajasthan as on date are travelling to Balaghat in Madhya Pradesh from Maharashtra enroute Bhandara and Gondia. The experts estimate that chances are more that they may travel from Madhya Pradesh to north India and then travel to the Punjab side.

Since the swarms of locusts travel along with direction of the wind, if the winds blow towards the south, they may travel via Chhattisgarh to Telangana state. Though the chances are less that the locusts would enter the state, however it was decided to take all the precautions, the officials informed.

The five-member committee will stay in Ramagundam for four days from Friday. They will monitor the situation from Adilabad to Bhadrachalam alongside river Godavari by Helicopters. They will also monitor killing of the locusts if they enter Telangana.

15,000 litres of pesticides like Malathion, Chloropyrifos, Lambda Cyhalothrin liquid is kept ready on the Maharashtra-Chhattisgarh borders along with 12 Fire Engines and 12 Jetting machines.