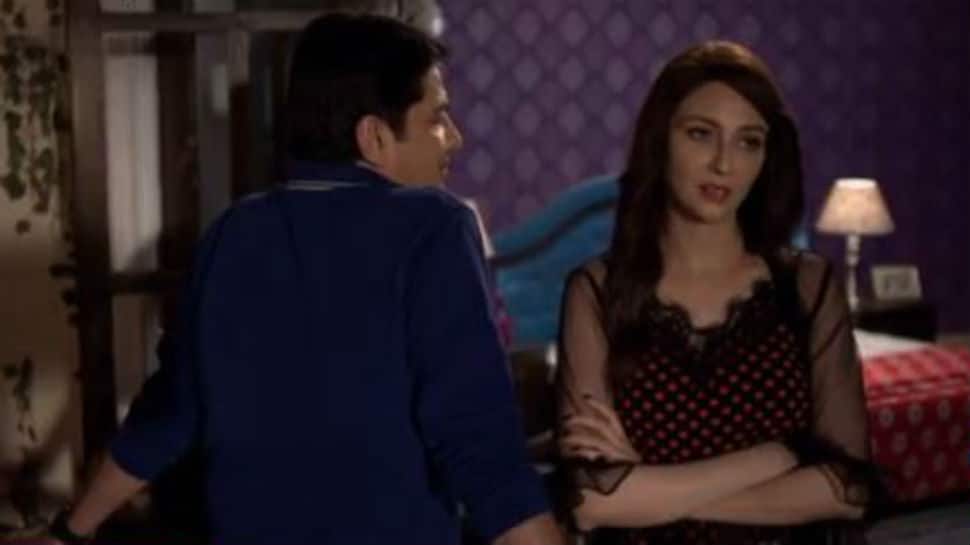 In Thursday's episode, Vibhuti gives money to Malkhan for the alcohol. Angoori sees her father drinking with Vibhuti and offer to give them pakoras which she is making. Tiwari gives them the snacks but her father insults him. Anita shows up asking him for the 2000 rupees she gave him for the electricity bill.

Vibhuti takes her back to the bedroom where Anita scolds him for bringing Angoori’s father to their house. Anita says that she doesn’t have any privacy anymore either. Vibhuti tries to get romantic with her. Anita closes Vibhuti’s eyes to lead him to the bed, but Angoori’s father shows up and Vibhuti kisses him.

The next morning Angoori tells Vibhuti that she is impressed at how well he is taking care of her father. Anita tells Tiwari to take Angoori’s father back to his own house. She sees Malkhan and warns him to not bring any more alcohol to her house. Later Anita is leaving for her grooming classes and finds Angoori’s father taking a massage.

Anita is made to pay Tilu for giving Angoori’s father a massage. She tells Vibhuti to get rid of Angoori’s father or she will kick both of them out of the house. When Vibhuti tries to ask Angoori to bring home her father, Saxena interrupts them saying India will bring home the World Cup. Will Vibhuti be able to remove Angoori’s father from her house? Stay tuned to find out.