Pudinanath says that Anita’s father Lord Hipdonald will not like Indians eating at his house. Pudinanath remembers how he was insulted for being Indian earlier. 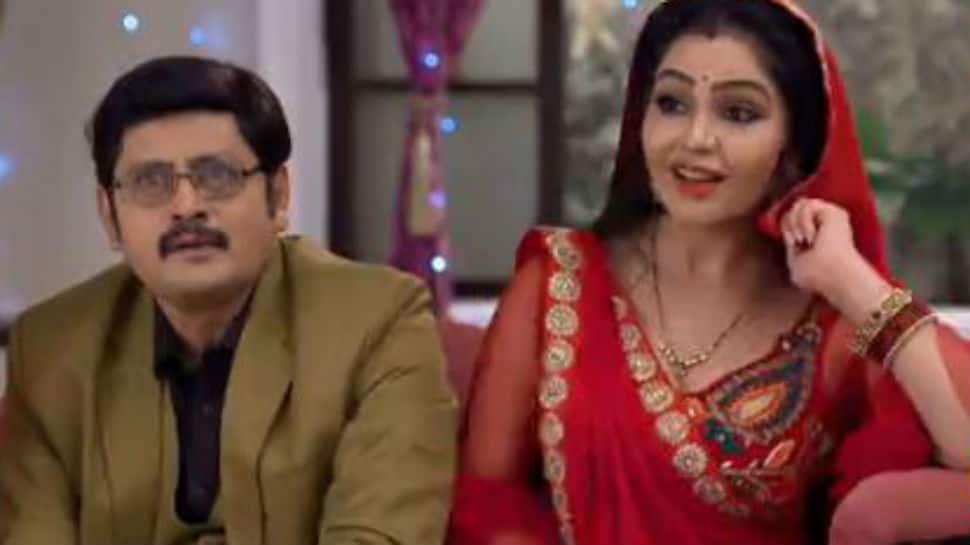 In the earlier episode of 'Bhabi Ji Ghar Par Hain', Anita invites Saxena's 135-year-old great grandfather to her house for dinner. The great grandfather says that in 1920 Anita was an Englishwoman named Lady Anita and Vibhuti was her husband Victor Das. He further says Angoori was Kastoori and she learnt English from Vibhuti who flirted with her. He also added that Tiwari was called Pudinanath and taught Lady Anita Hindi.

In Tuesday’s episode, Tiwari is teaching Lady Anita Hindi in the 1920’s as Pudinanath. He asks her to translate the words ‘I love you’ and ‘I love you too’, in Hindi. Tiwari then sings songs and dances with Anita. Saxena’s great grandfather says this is how Tiwari flirted with Anita in 1920. Hearing this Angoori gets upset with Tiwari.

One day Kranti had given an order to loot a train. When Tika, Tilu and Malkhan hear the British are coming to their gathering they leave Sher Khan alone. Happu Singh and Prem Chowdhary show up as British officers. They put a chunk of coal in Sher Khan’s mouth to make him talk. Instead, Sher Khan becomes mute.

While Saxena’s great grandfather takes a break, Anita gets angry at Vibhuti for flirting with Angoori in 1920. Angoori is also angry that Tiwari was flirting with Anita in 1920 after being married. Pellu Khan beats up Tika, Tilu and Malkhan for leaving him alone with the Britishers all those years ago.

Saxena’s great grandfather continues the story. He mentions that Pudinanath found out that the Britishers killed some rebels who had gathered in a maidan. Kastoori finds out that her father to pay double taxes to the British. Lady Anita and Victor Das show up to invite Pudinanath and Kastoori to their house for dinner.

Pudinanath says that Anita’s father Lord Hipdonald will not like Indians eating at his house. Pudinanath remembers how he was insulted for being Indian earlier. However, Lady Anita convinces them to come over for dinner. How does Angoori and Tiwari’s dinner at Vibhuti’s house in 1920 go? Stay tuned to find out.